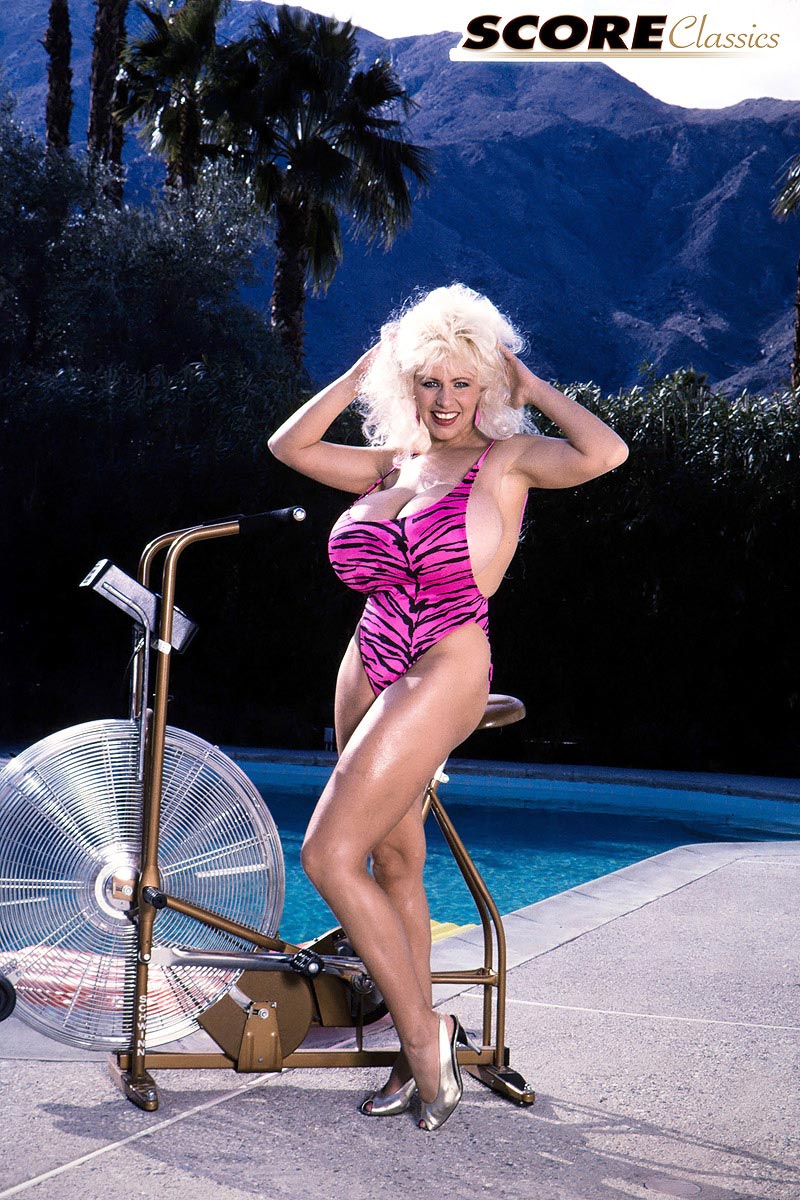 The location switches to January, 1991 in Palm Springs, California, where big-haired, big-boobed exotic dancer Toppsy Curvey works out on a stationary bike at poolside. Toppsy really filled out her swimsuits. While her giant tits got the most attention, what’s often overlooked is that Toppsy had a shapely, beautiful body, curvy but fit and trim. Toppsy revealed her baseball player kissing strategy in an interview published in November, 1993 SCORE. Whenever she was spotted at a baseball game, security was usually on-guard and waiting for her to run out on the diamond so they could grab her. “I never overdo it for the players. I just run out and give them a kiss. Nothing else, because most of the players have families and I wouldn’t want them to get in trouble with their wives. I study my baseball and the players. If one is not doing well or is on the disabled list, I won’t run out after them because they’re obviously not in the best of moods if they’re having a bad year and they don’t need the hassle. 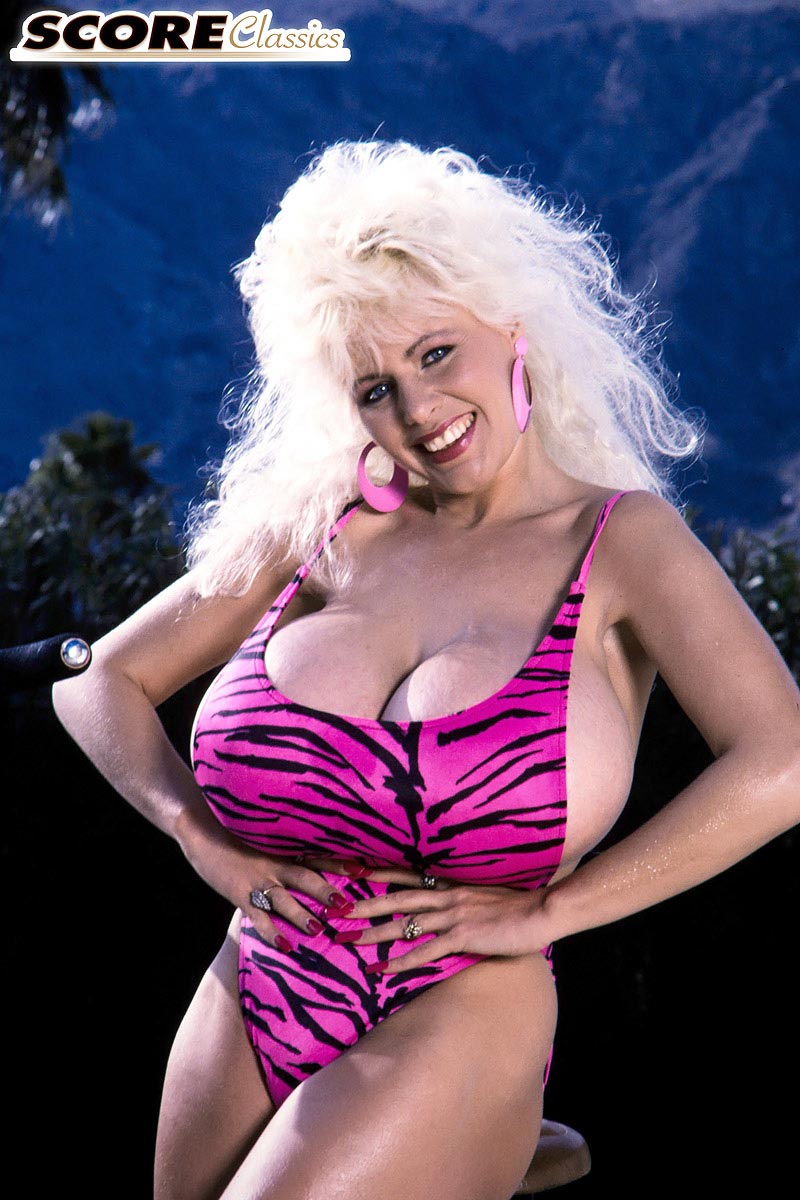 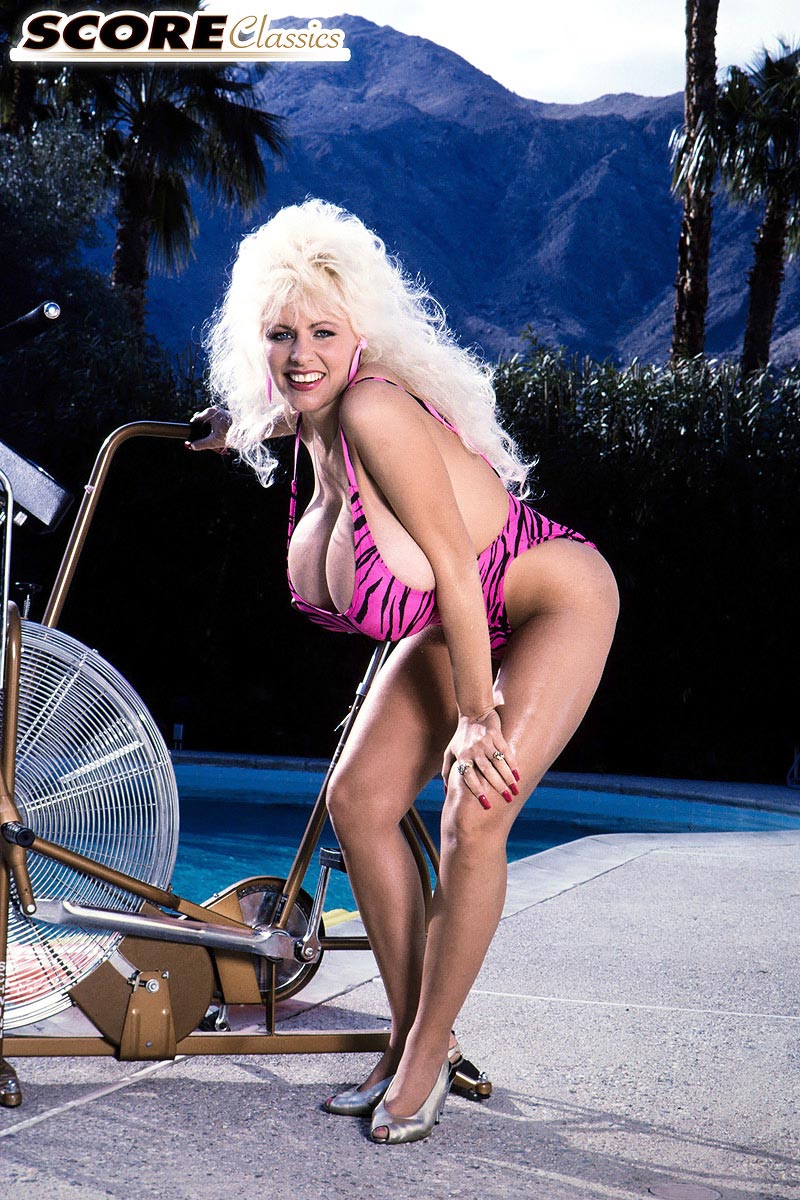 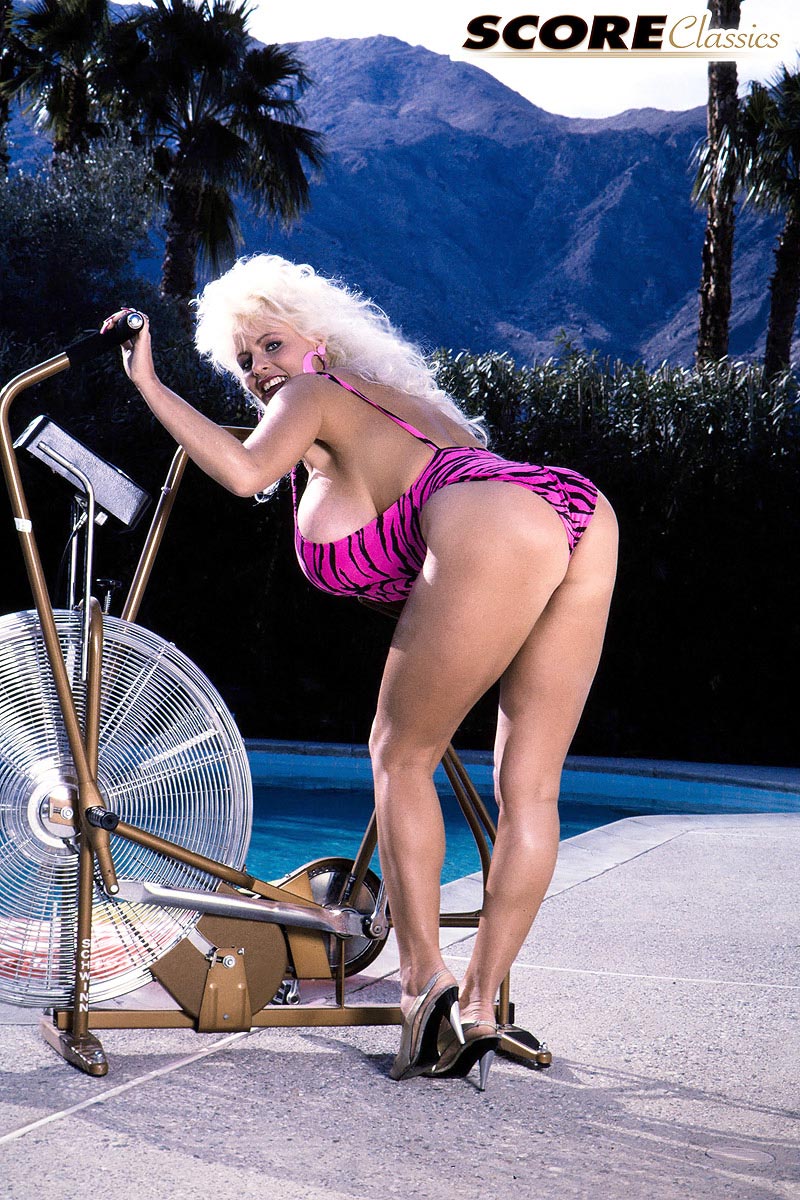 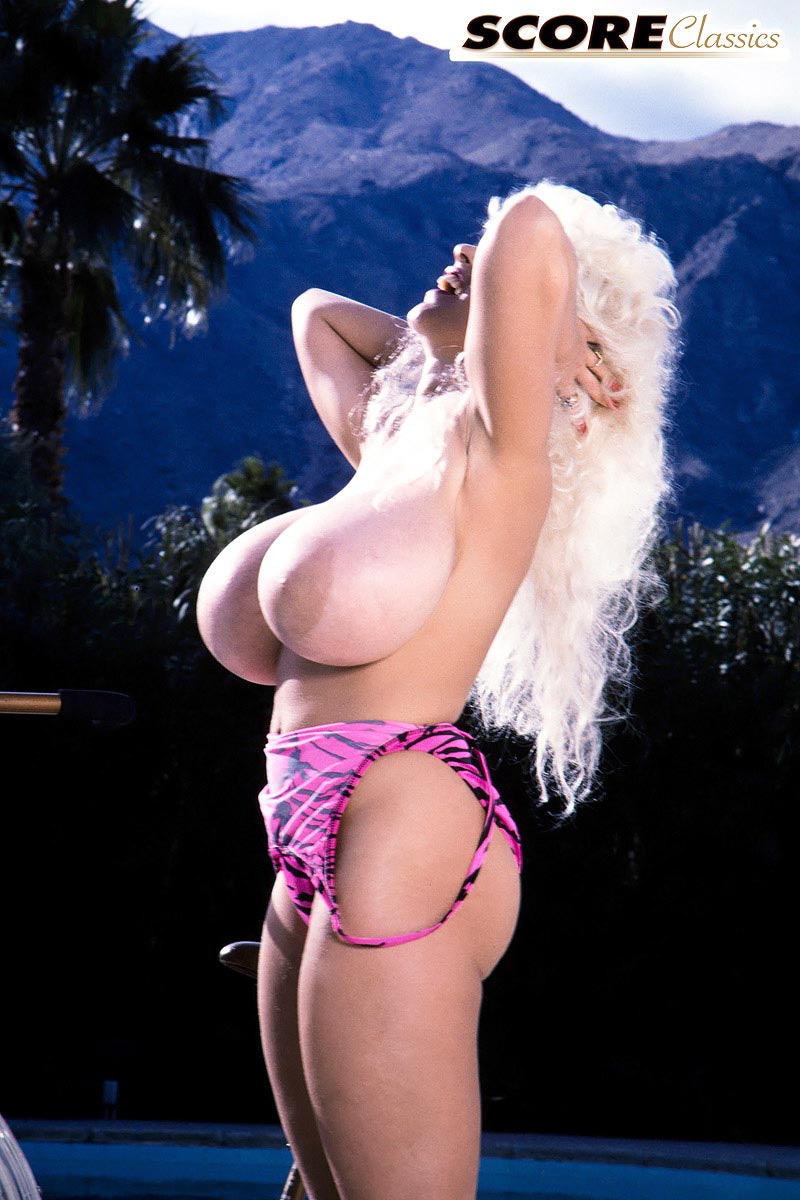 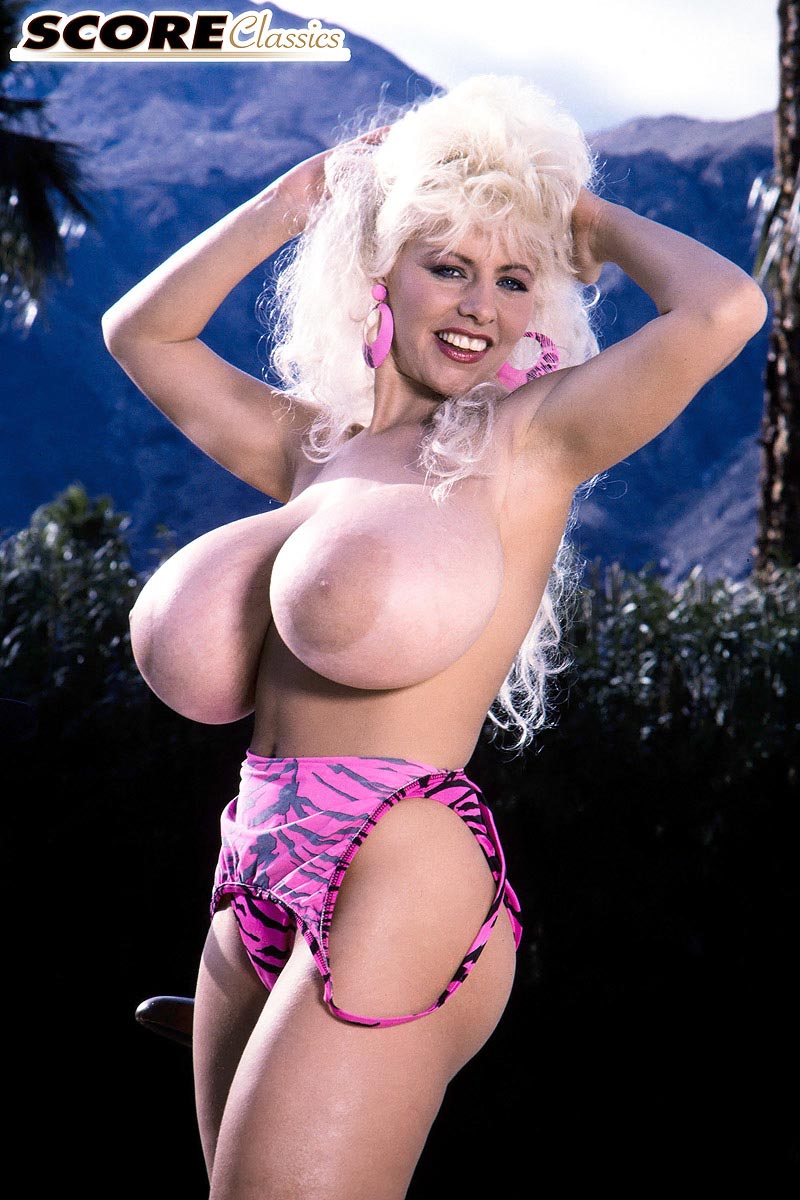 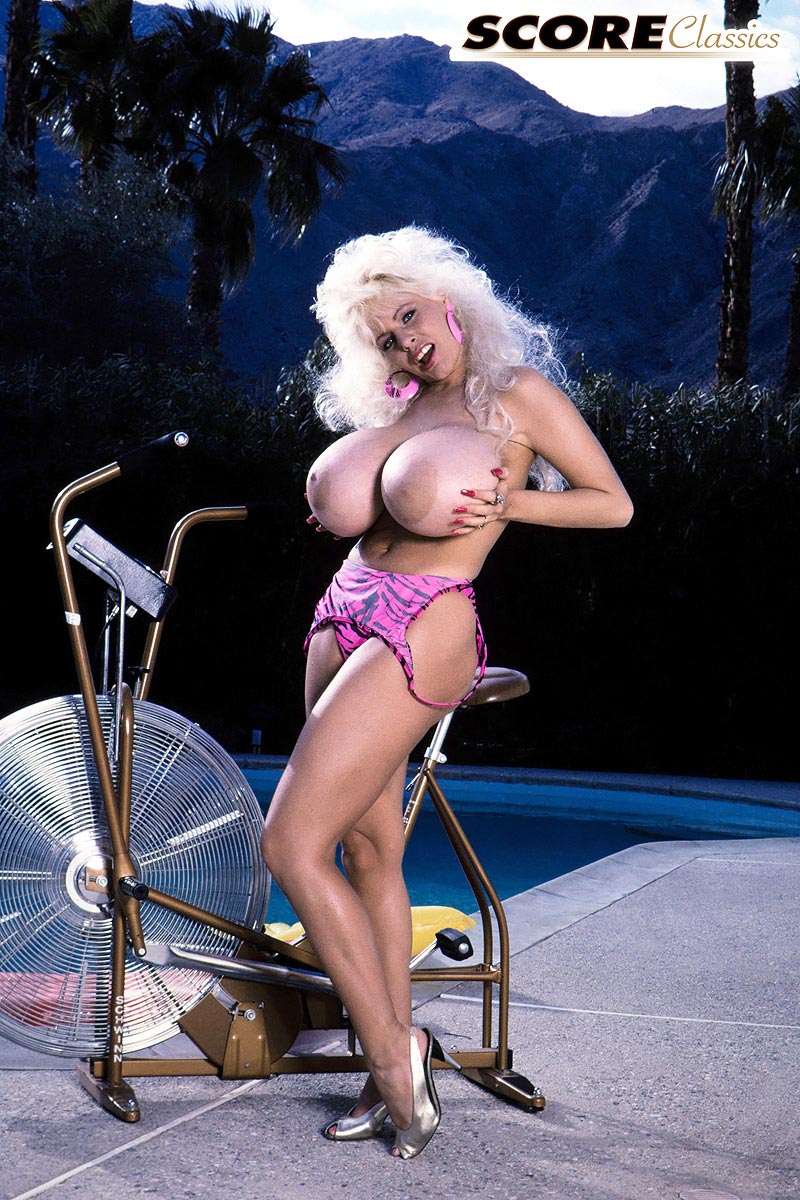 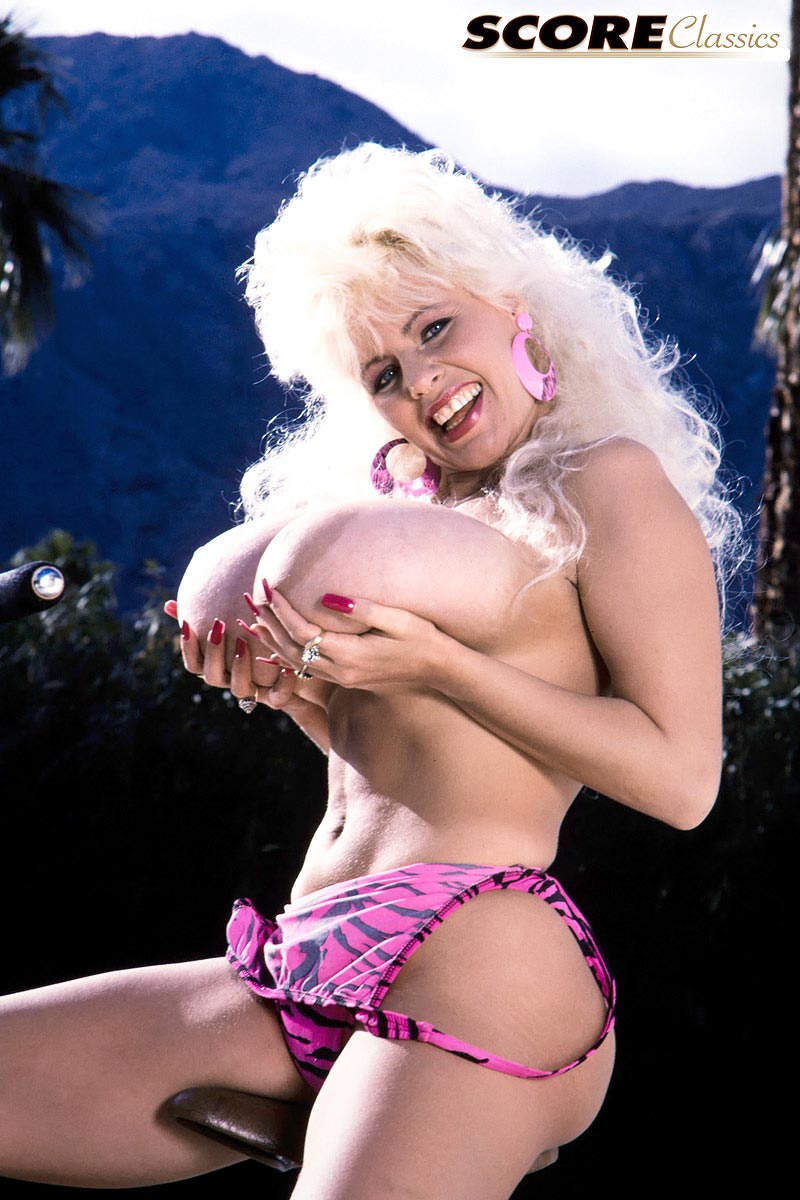 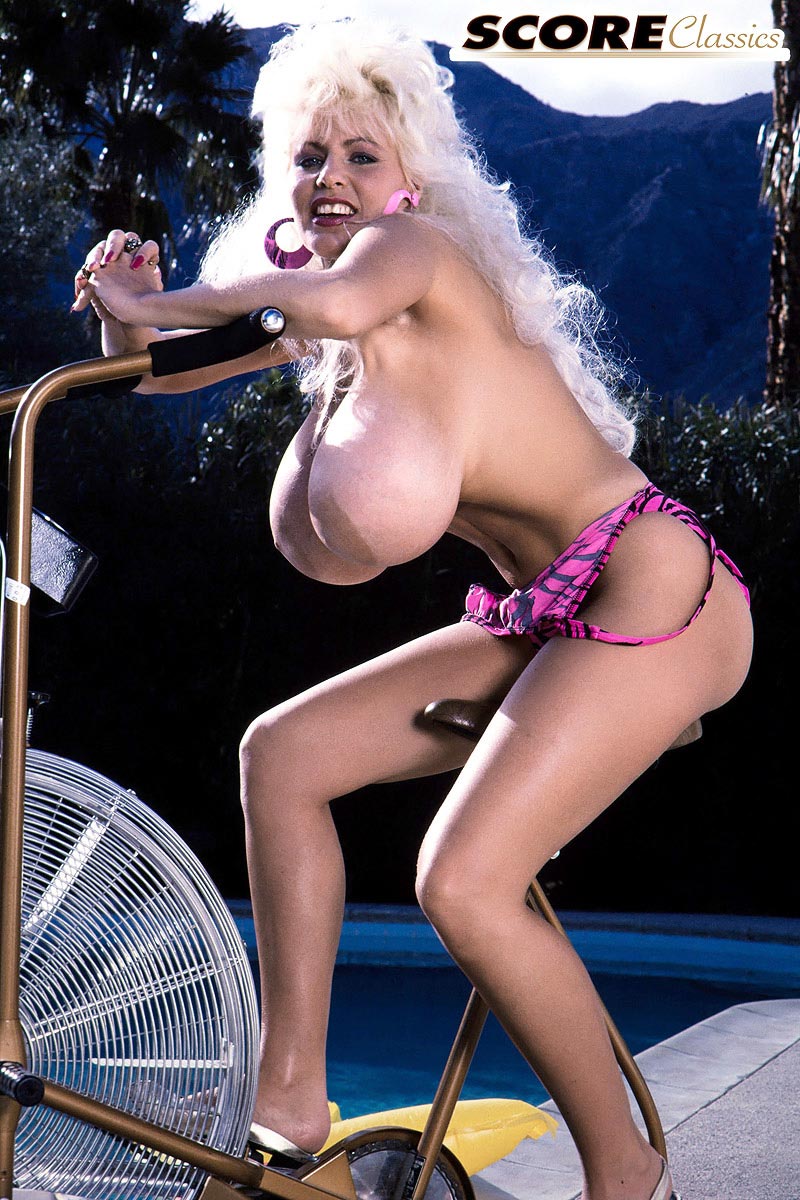 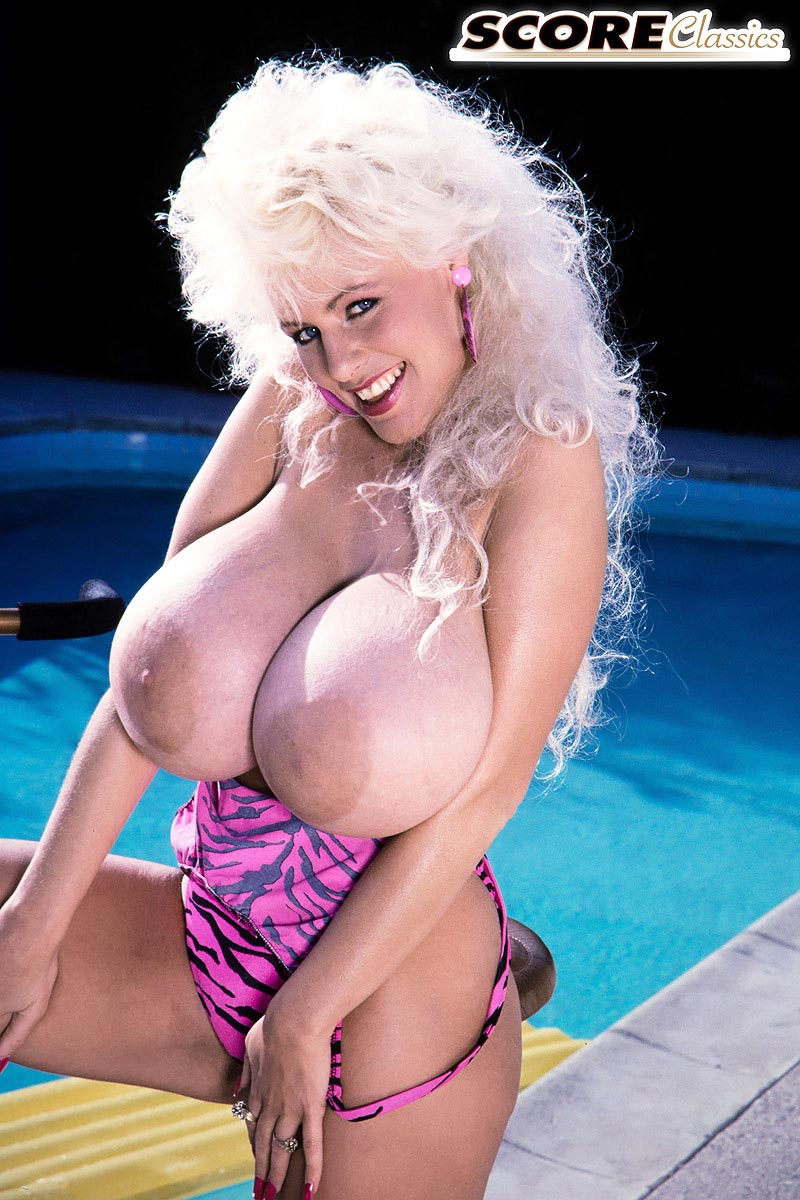 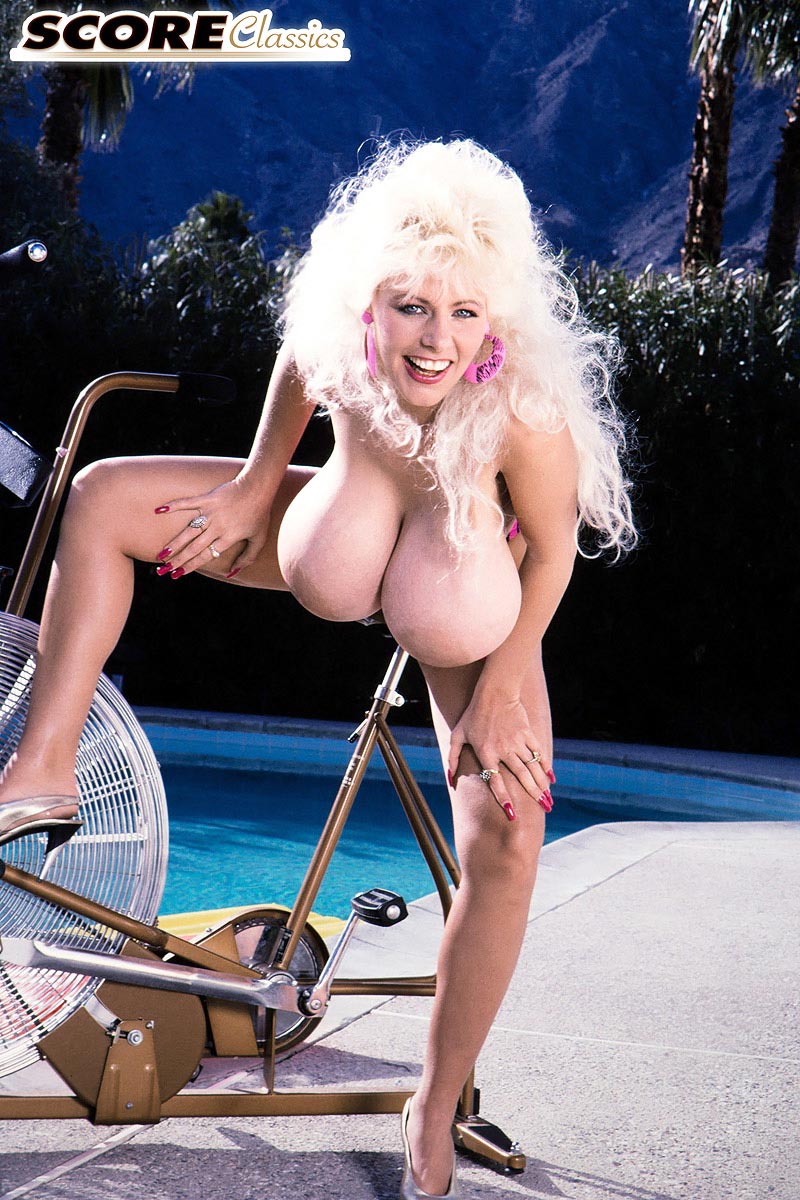 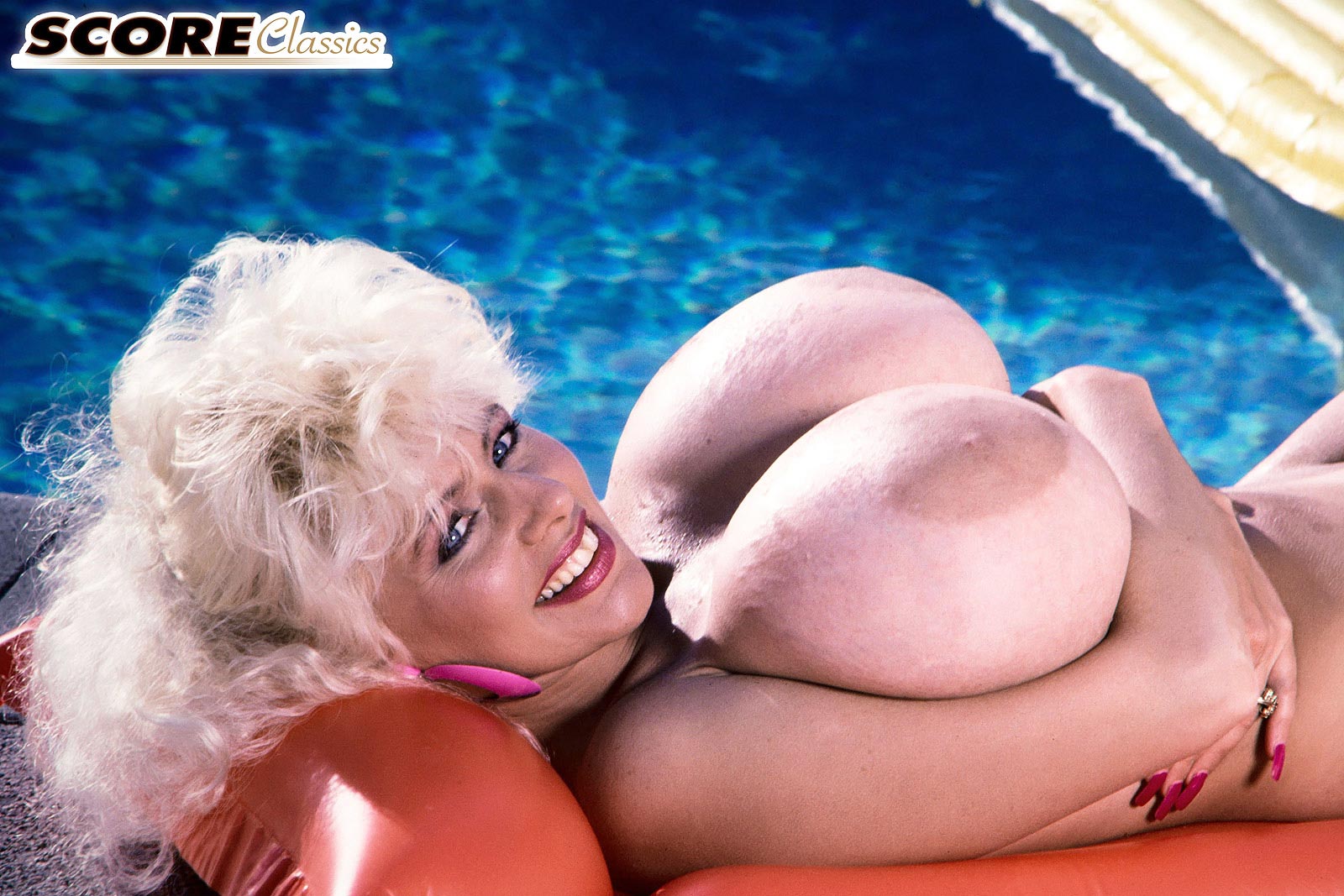 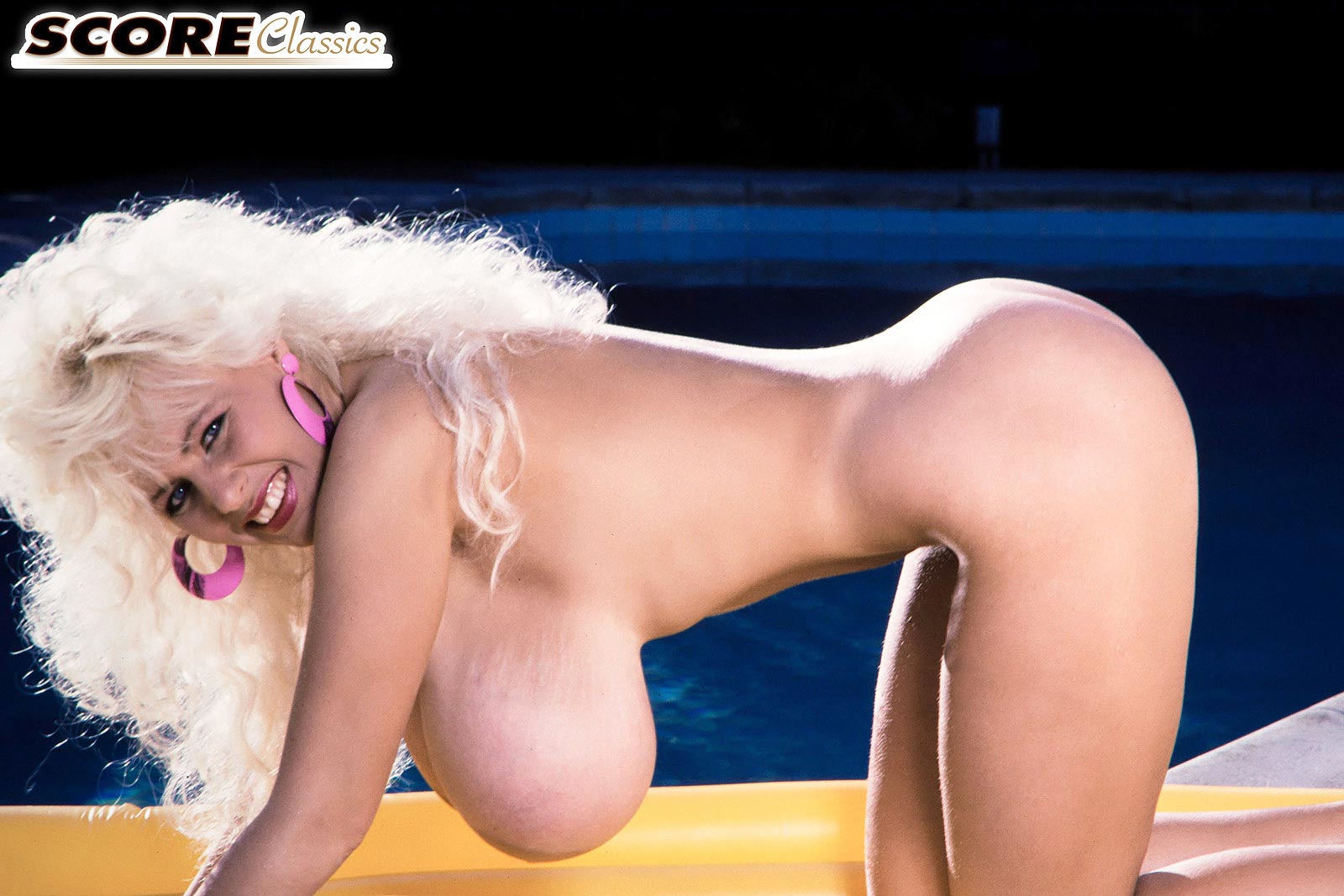 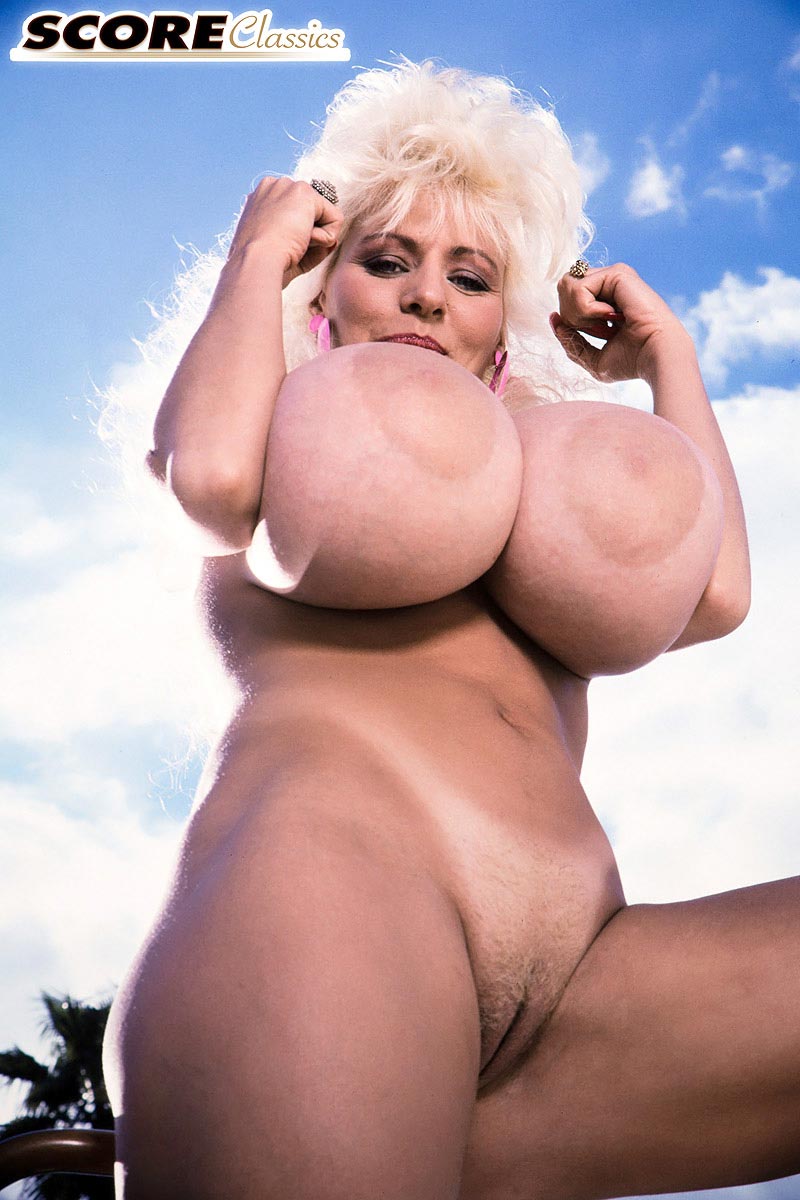 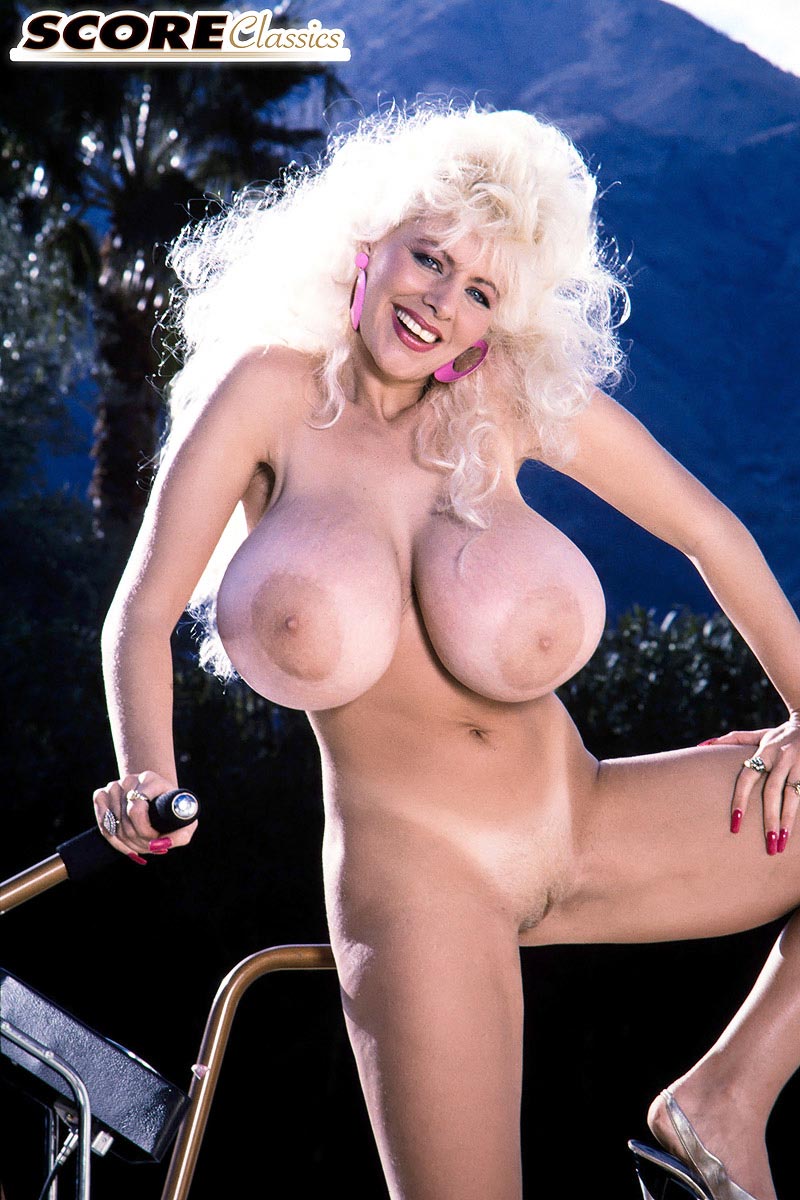 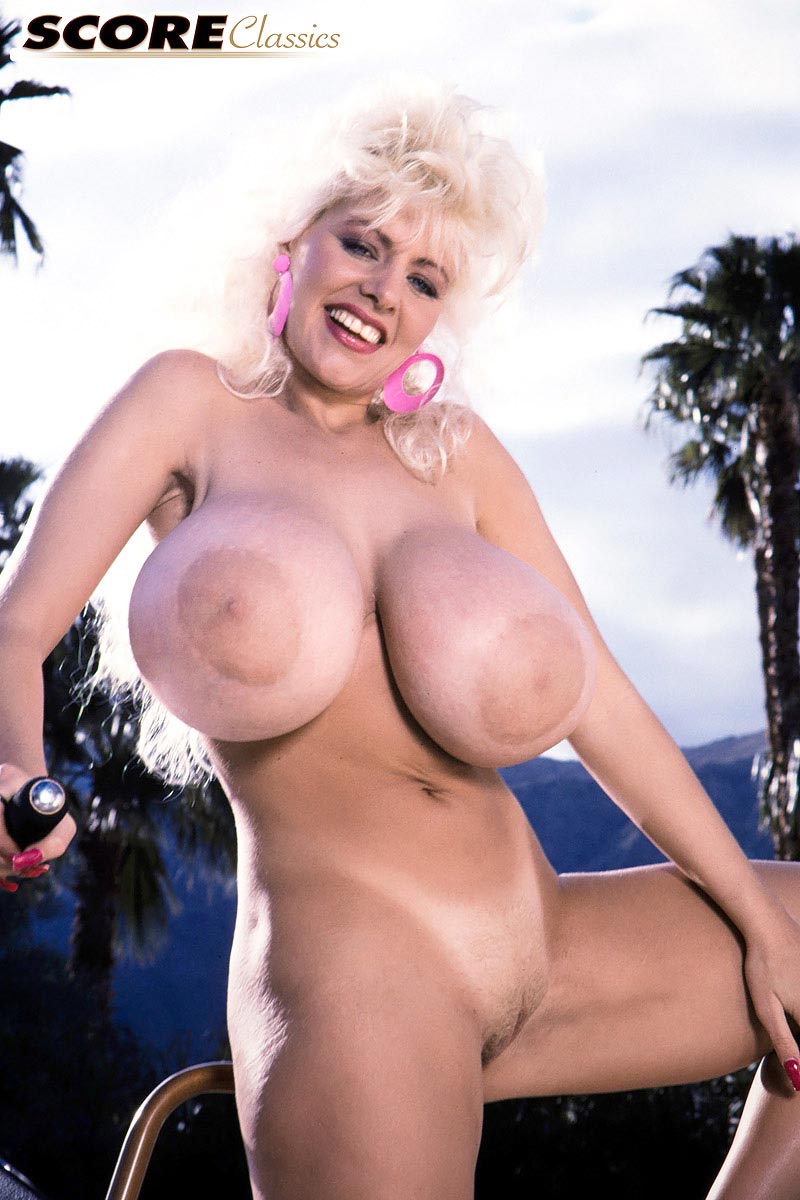 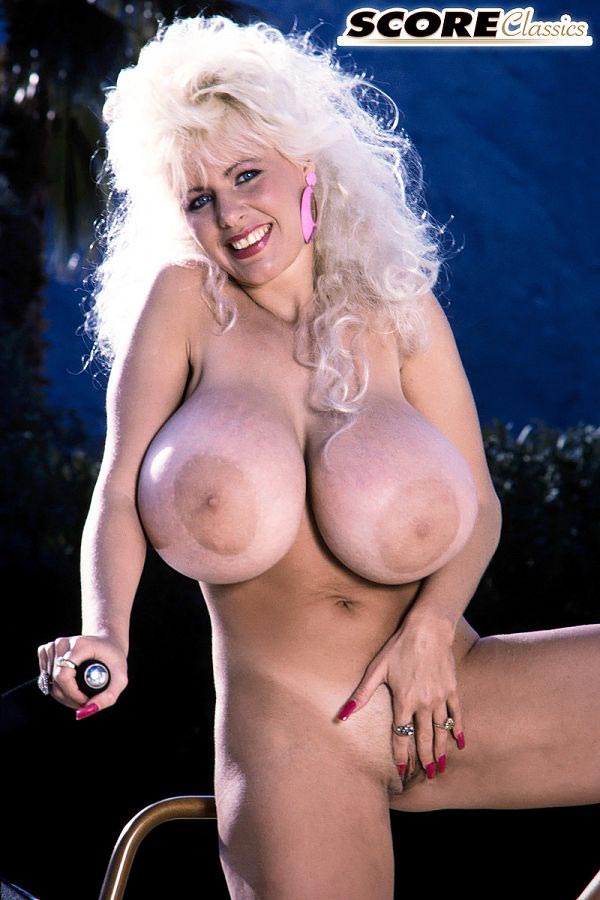