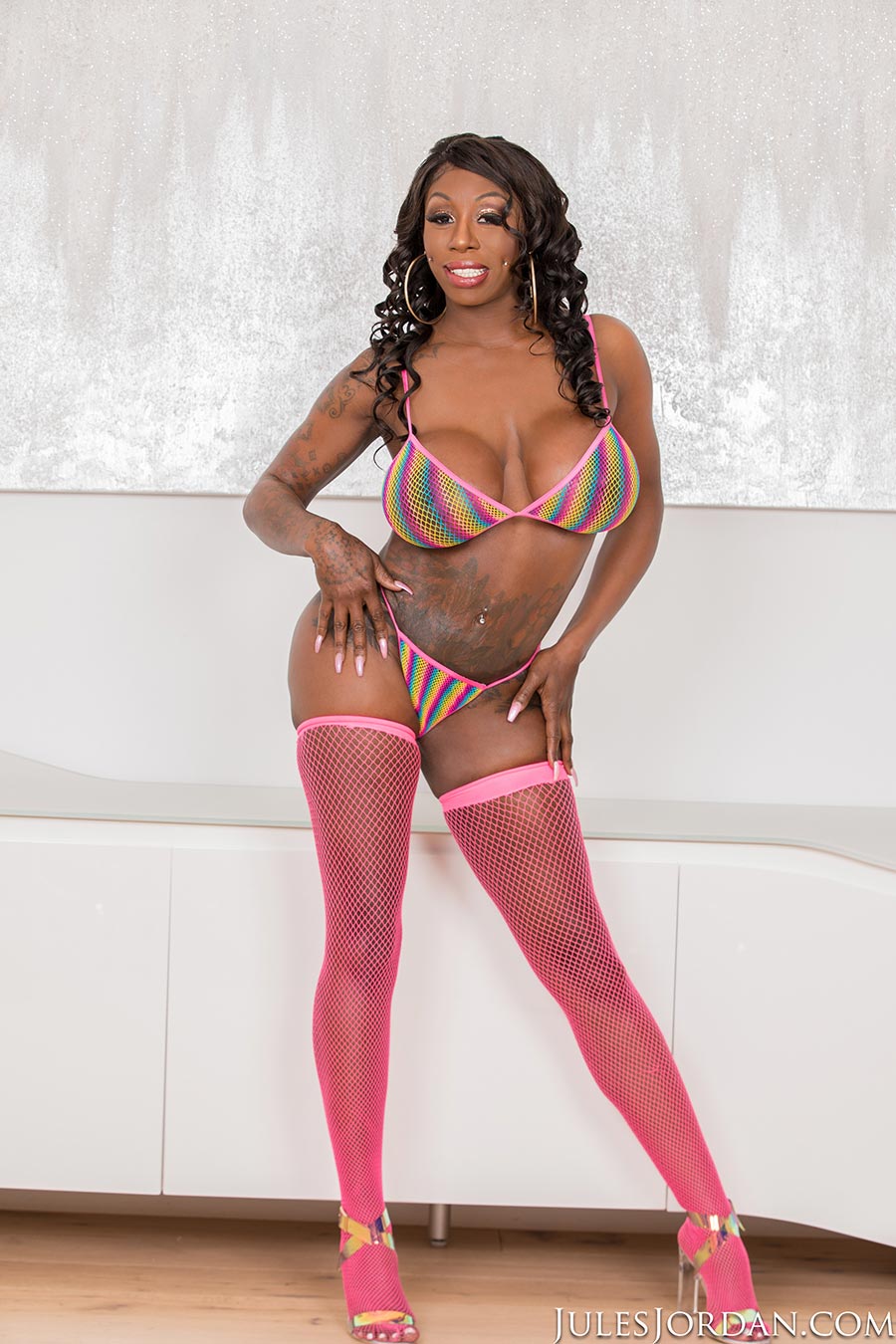 Busty Ebony Beauty Mystique Makes Manuel Beg For her MONSTER Booty! Ebony Mystique looks mesmerizing in her rainbow fishnet lingerie with matching hot pink stockings as she shows off her ASSets in the kitchen. She shakes her booty and jiggles her perfect tits as she makes her way up the stairs then sits down and spreads her lips to show her gleaming pierced pussy. Mystique moves over to the couch as Manuel makes his way over to get a closer view of her massive rack. Manuel buries his face in her cavernous cleavage as Mystique squeezes her tit around hi, until Manuel stands up pulls down his pants. Watch Full Scene at Jules Jordan 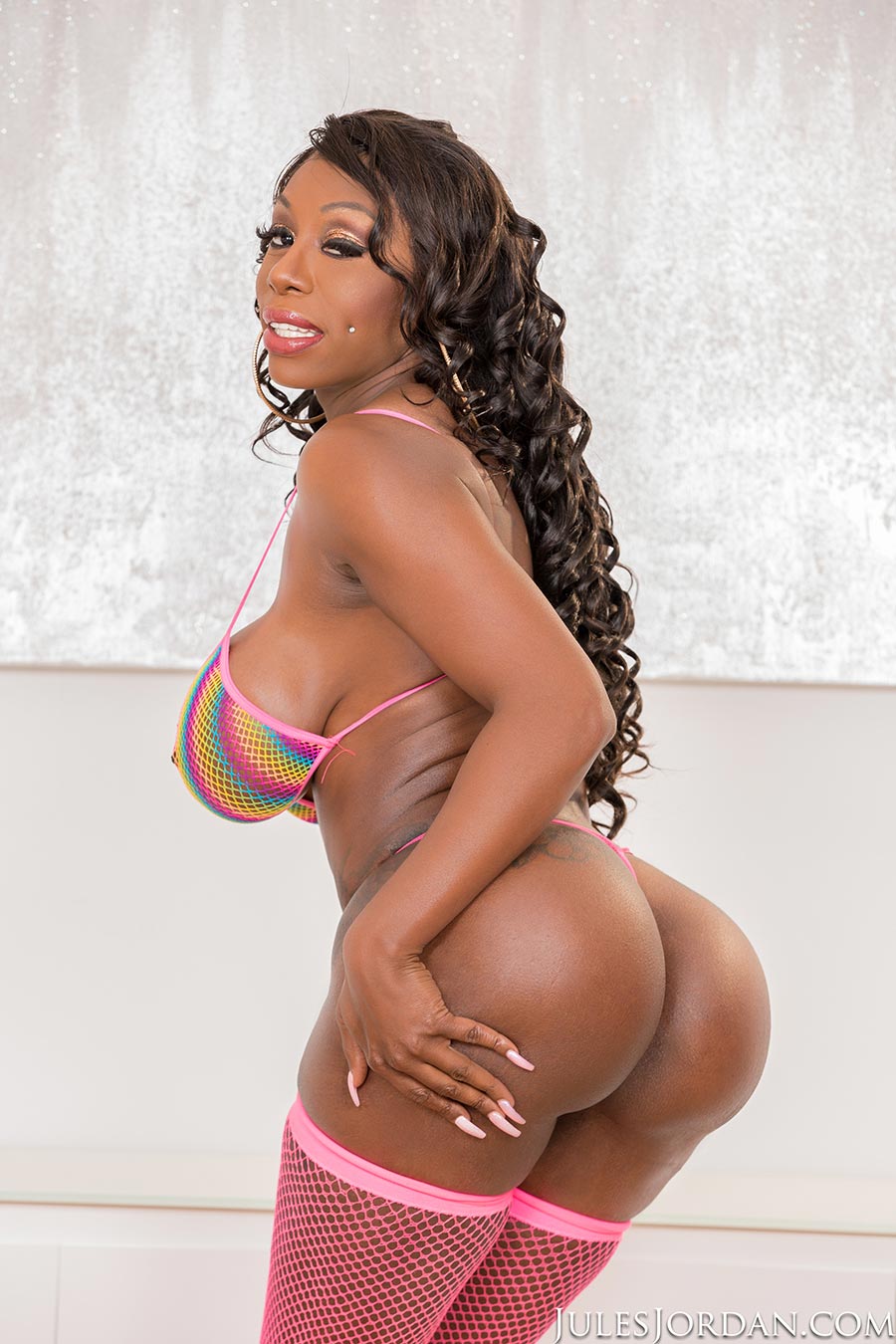 She knows exactly what to do as Mystique quickly grabs ahold of Manuels cock and tugs on it before taking that long rod down her throat. He thrusts his dick deeper as Mystique sloppily sucks on it until she lays on her back so Manuel can fuck her tits while she licks his asshole. Mystique spits on that dick then gets on top and impales her her tight slit on it and starts riding him hard. She lifts herself up enough to flick his cock against against her clit until she squirts all over his stomach. Manuel pulls her back down on his cock and drills her deep as Mystique grinds down on him. They flip into missionary as Mystique licks her nipples while Manuel pounds her balls deep before spinning into doggystyle. 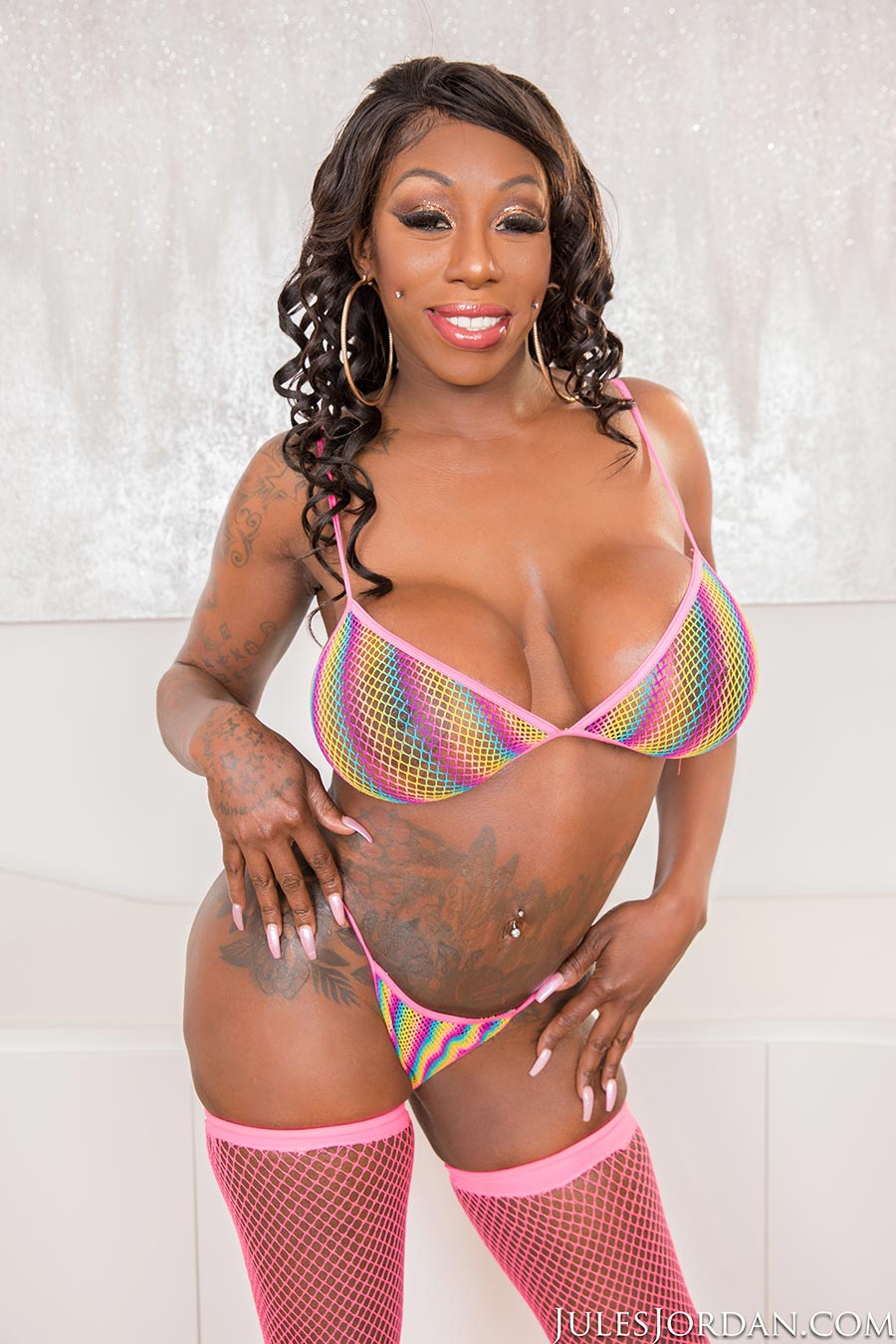 He leans back allowing Mystique to bounce her booty on his balls as her massive tits flow with the motion. Mystique drops to her knees and sucks on his dick some more and titty-fucks him again before making their way over to the chair so they can lay down in spoon. Feverishly fucking her tight pussy, Manuel plays with Mystique’s clit, driving her wild and persuading her to get on top in reverse cowgirl and hop on his thick cock. When he’s ready to burst, Mystique squeezes that dick between her monstrous mammaries before sucking every last drop of cum out of Manuels cock! 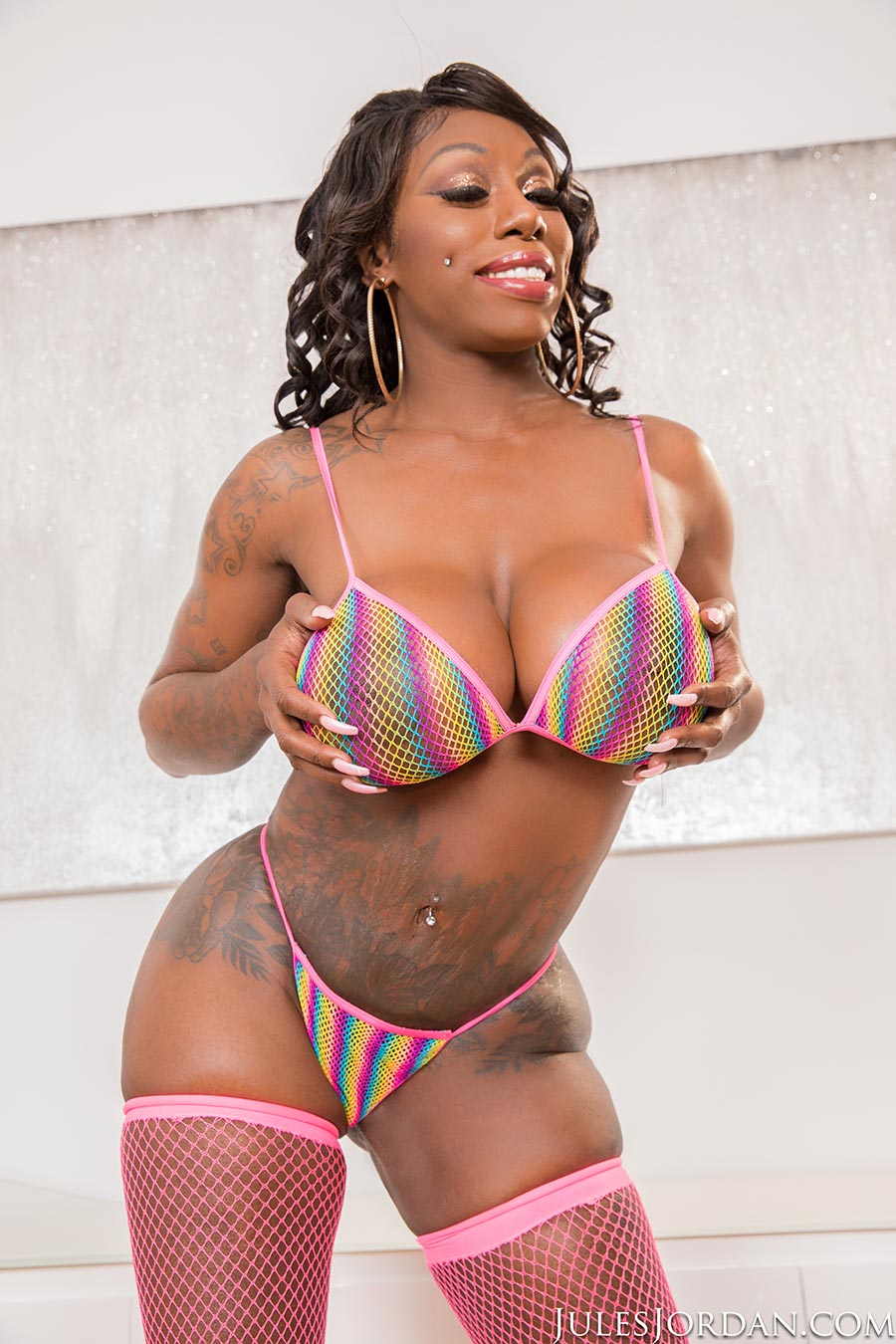 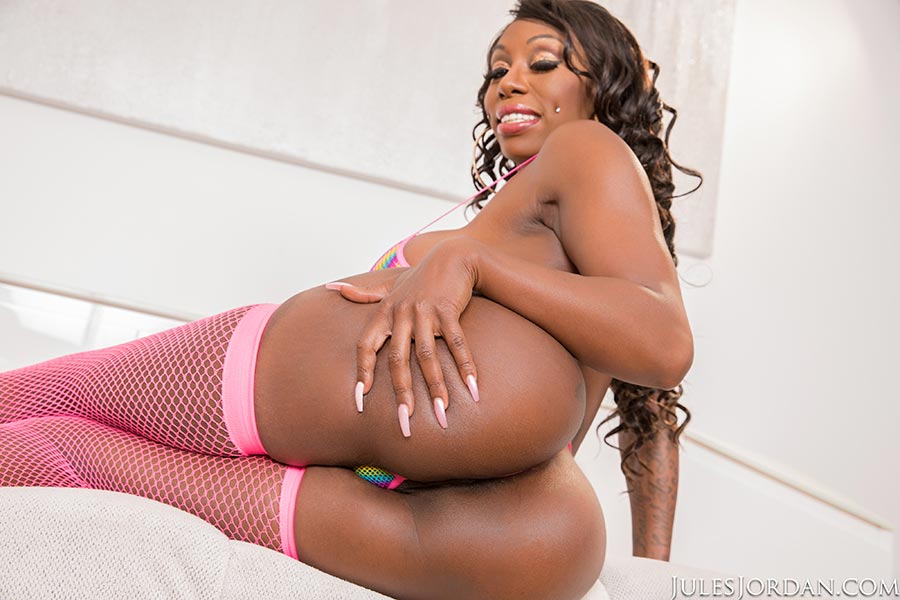 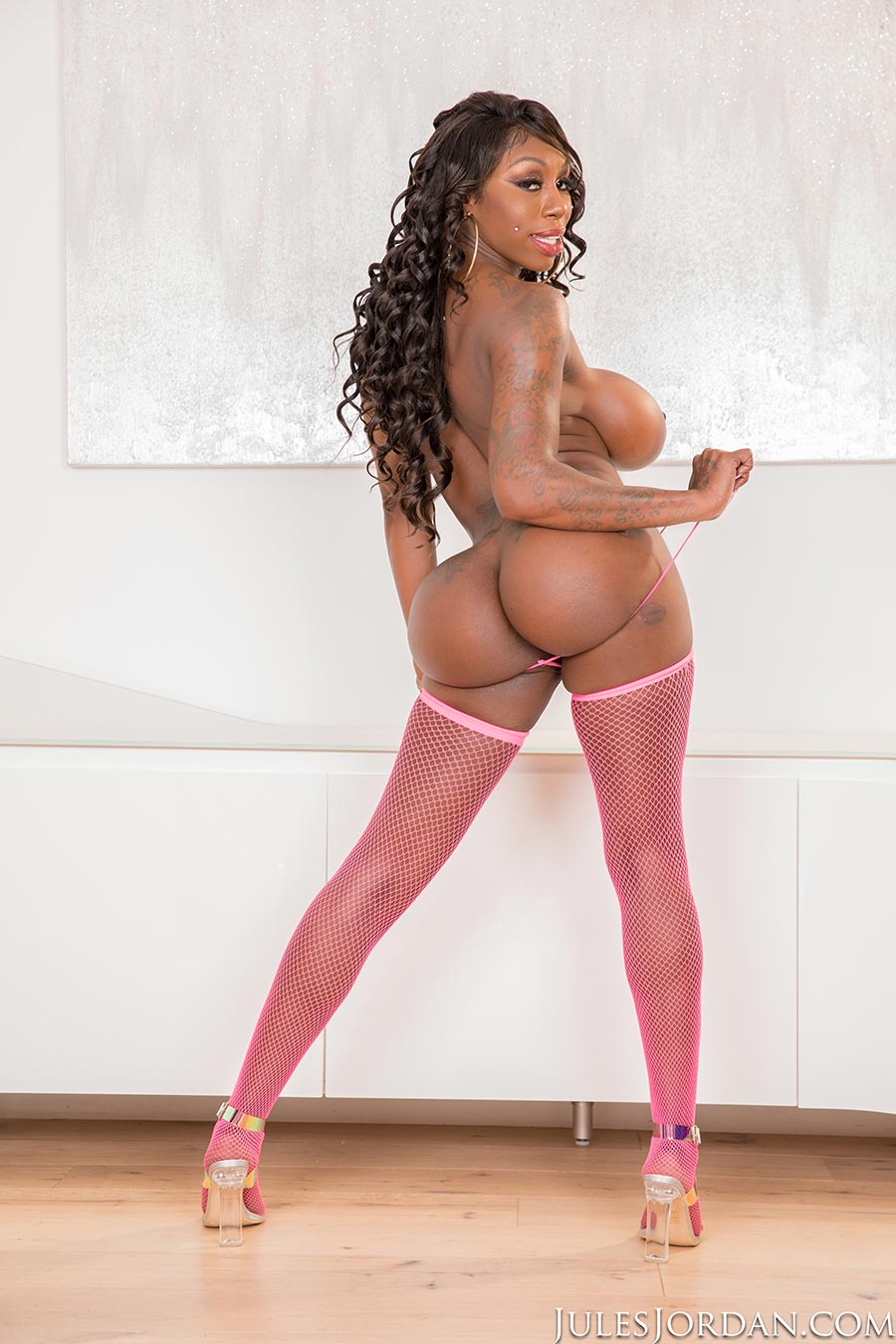 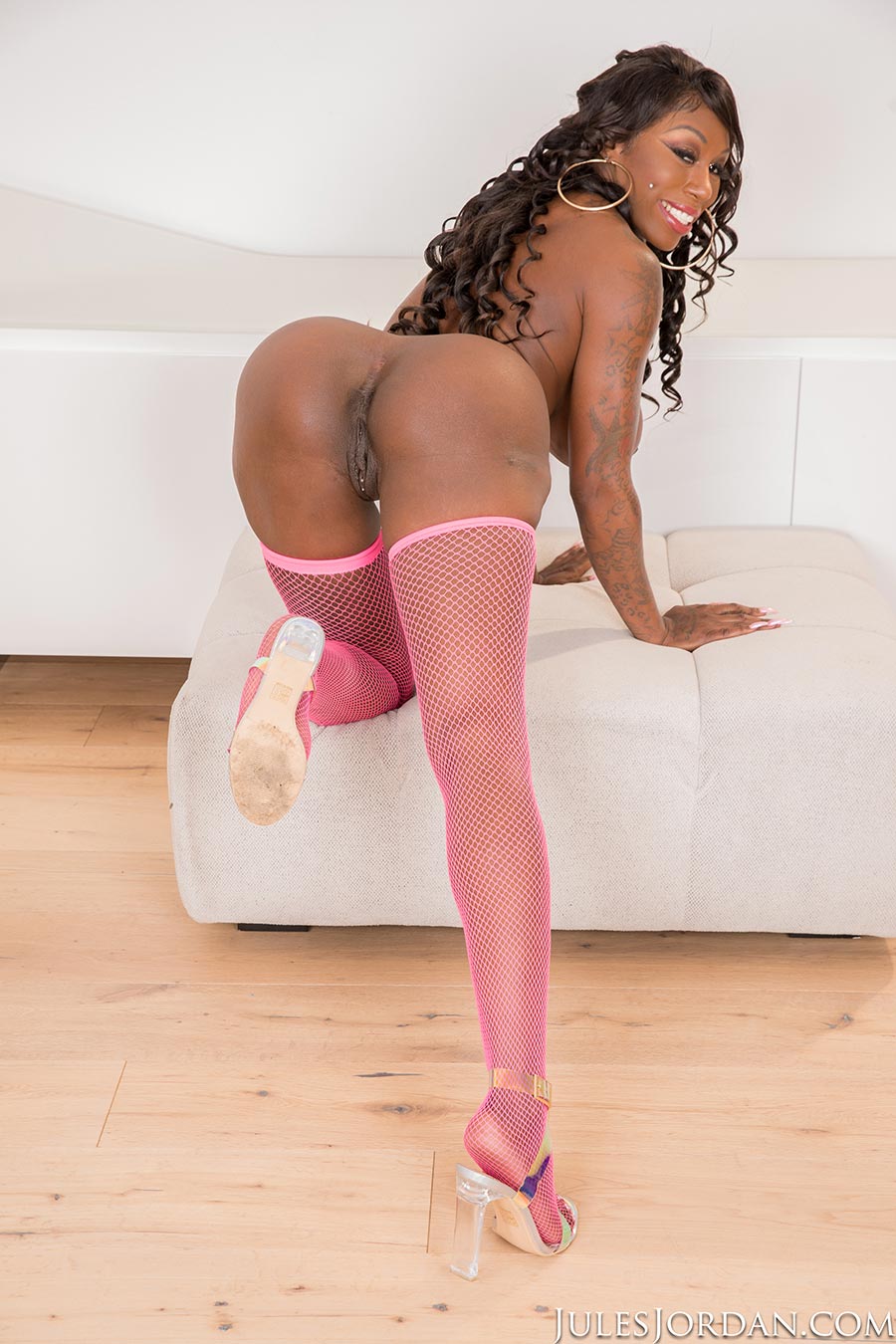 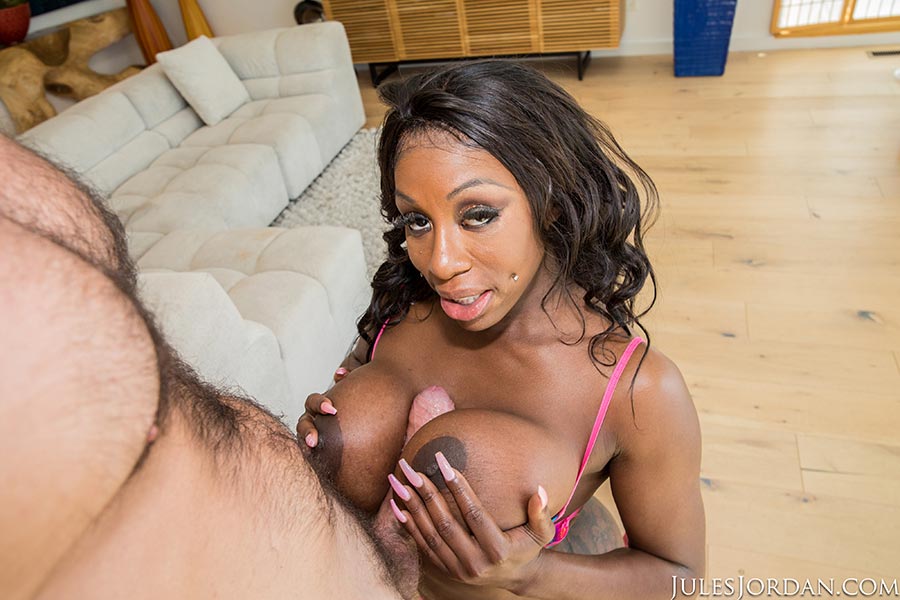 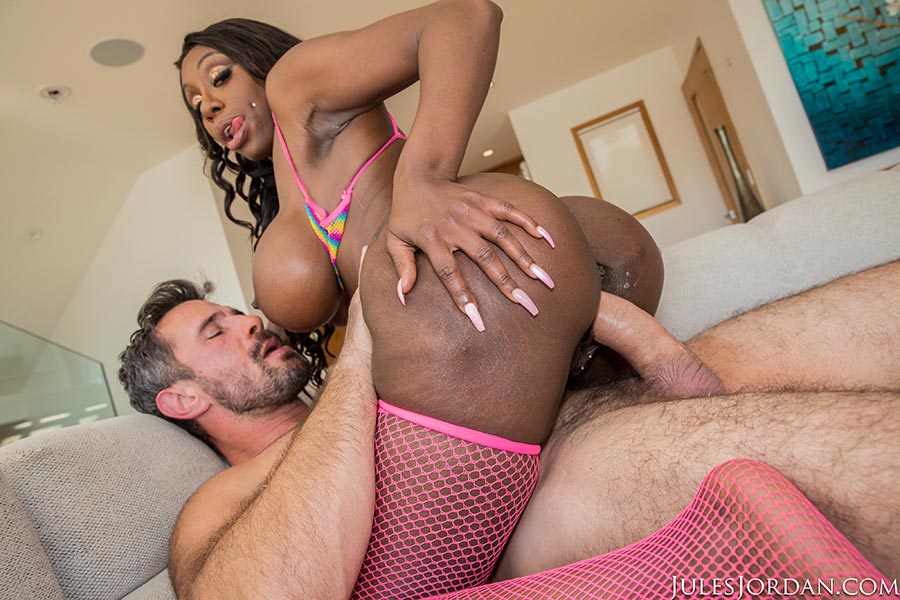 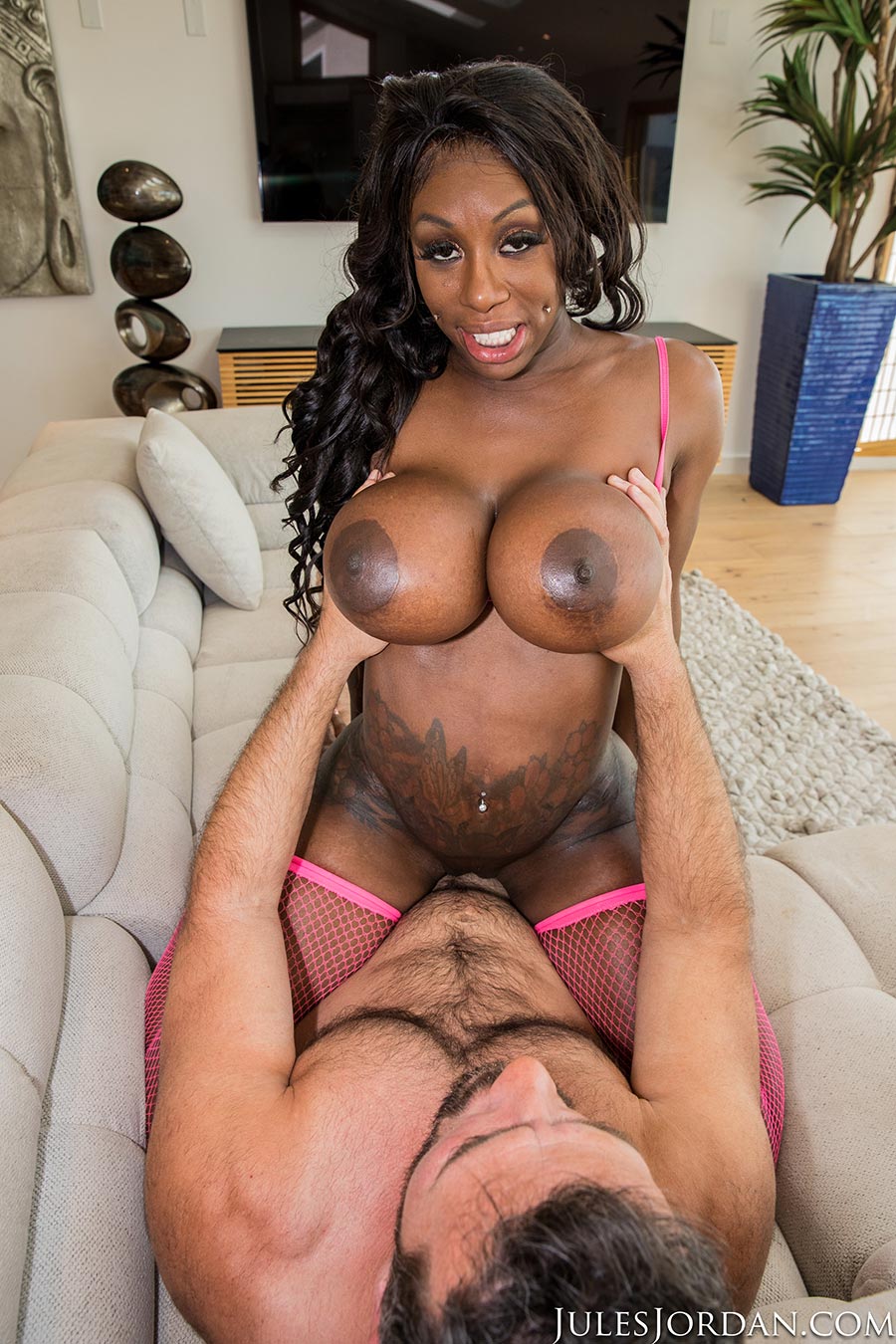 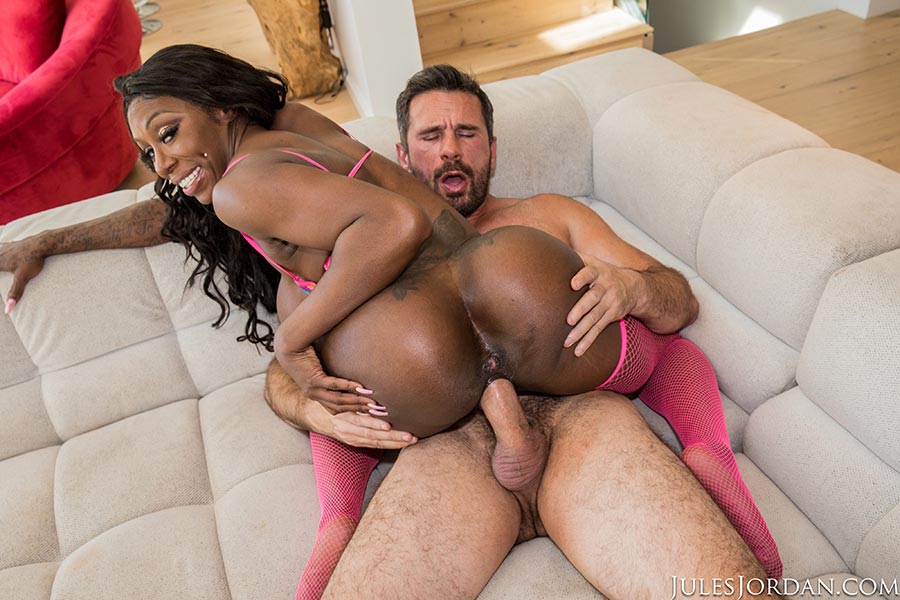 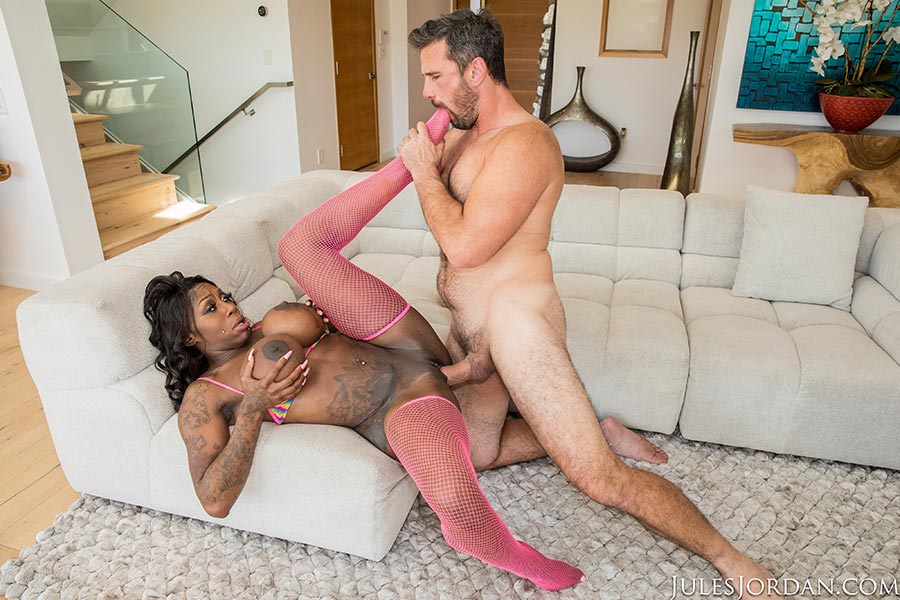 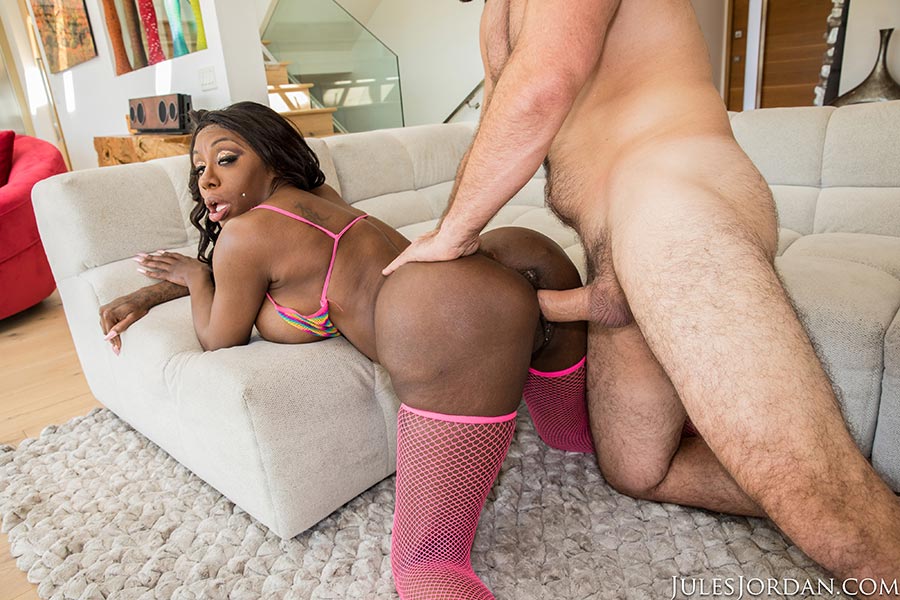 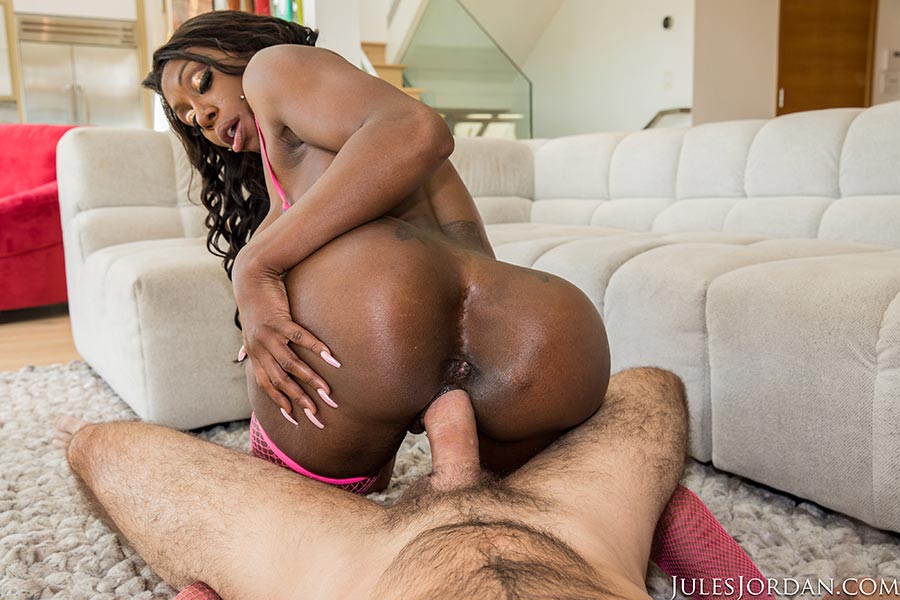 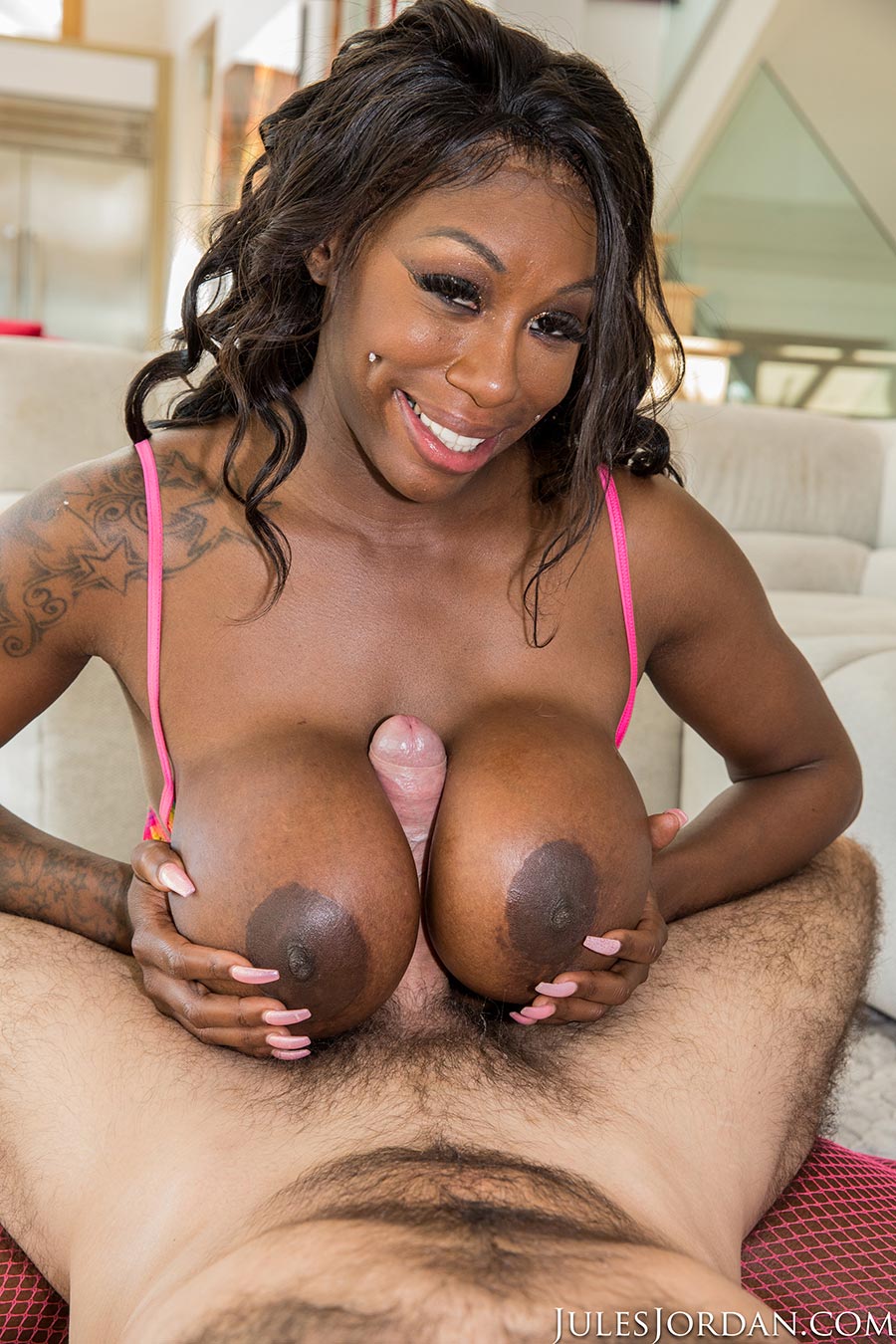 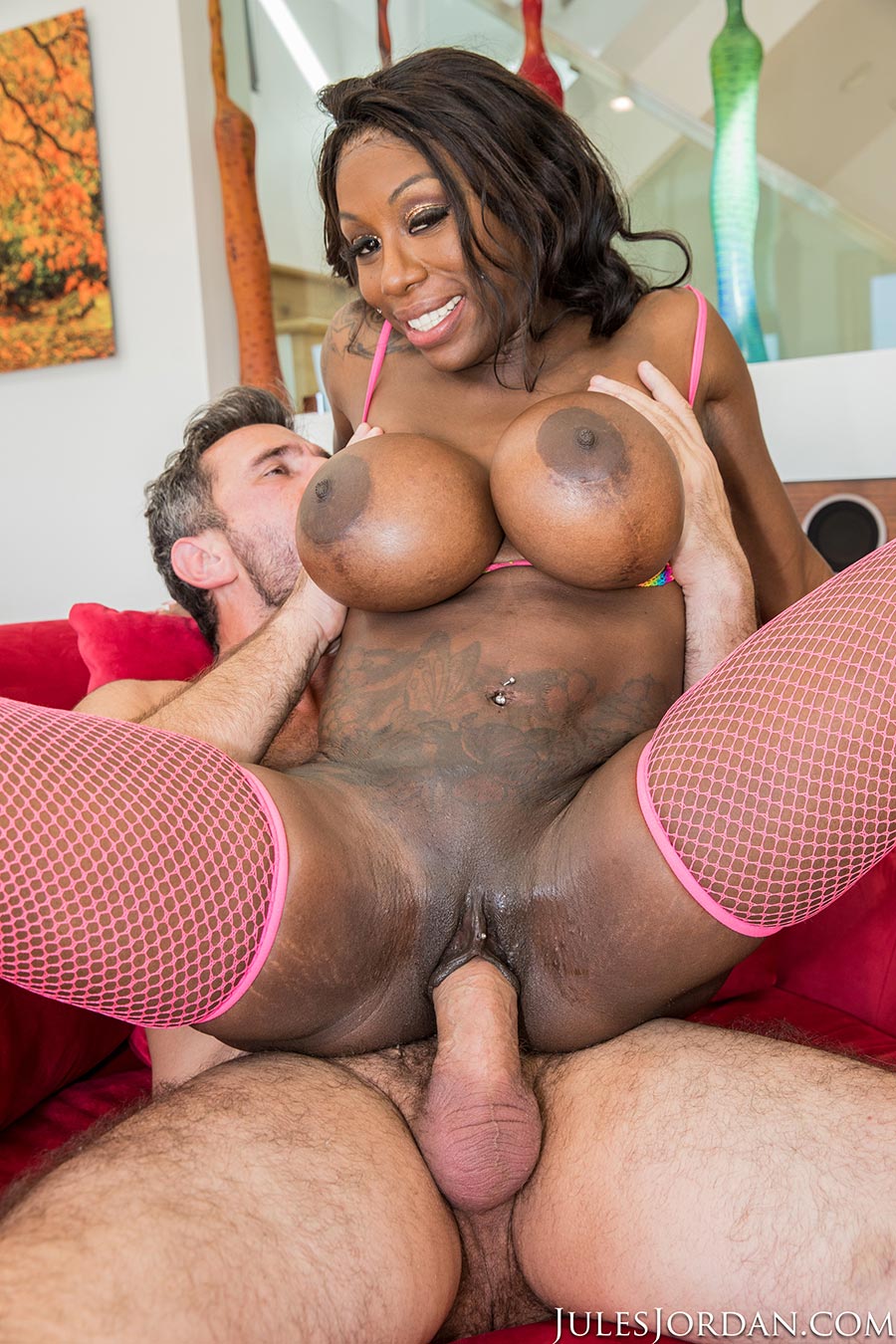