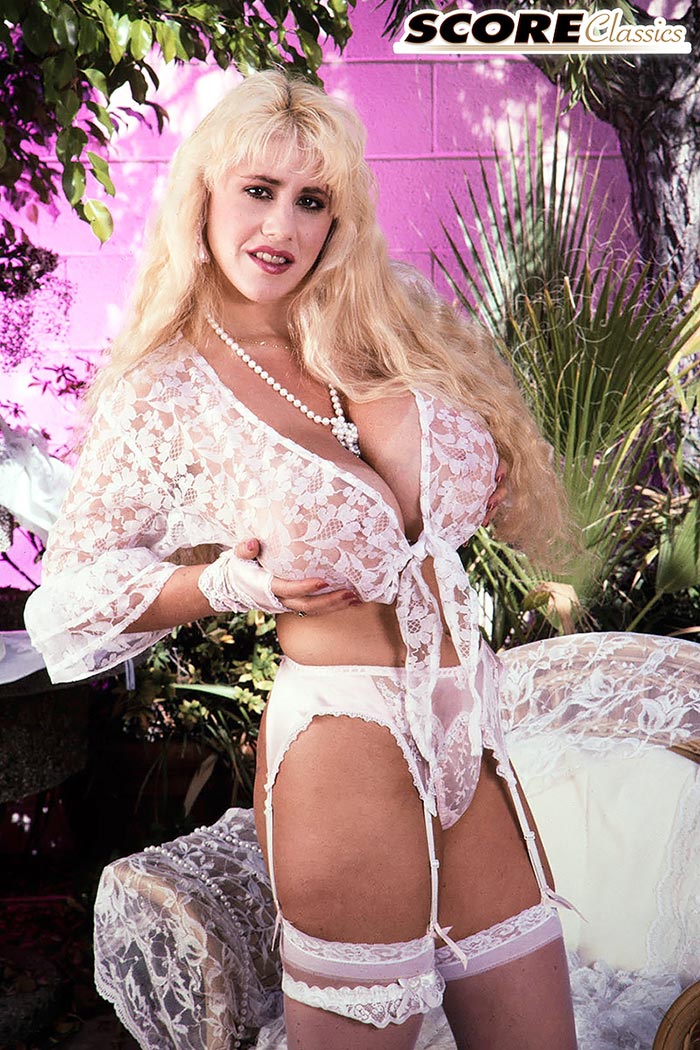 Wearing white lace finery, including fingerless lace gloves, Honey Moons looks very much like a fantasy bride. The studio wardrobe and makeup stylists on both sides of the Big Pond in the late 1980s and early 1990s were big on dressing the girls in lacey lingerie and lots of pearls. The female rock stars of those decades were a huge influence on what the girls wore in their pictorials. The pearls became props as much as they were accessories. “Physically, I don’t like my men muscular,” Honey said about her tastes in men. “I slept with a man who had muscles once and it wasn’t very comfortable. I like guys who are just naturally big-men who don’t work out but are still strong. They still have to be a little soft. They need that little tummy from drinking a few too many beers. It’s true! I’ll tell the world because I don’t care if a lot of overweight men come and see me dance. 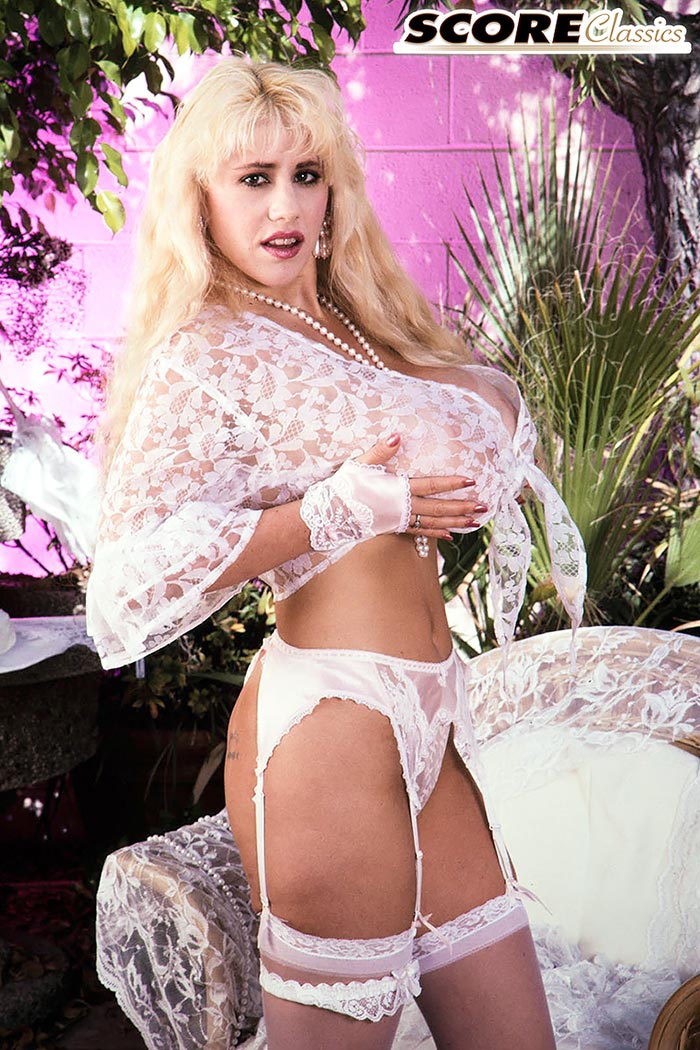 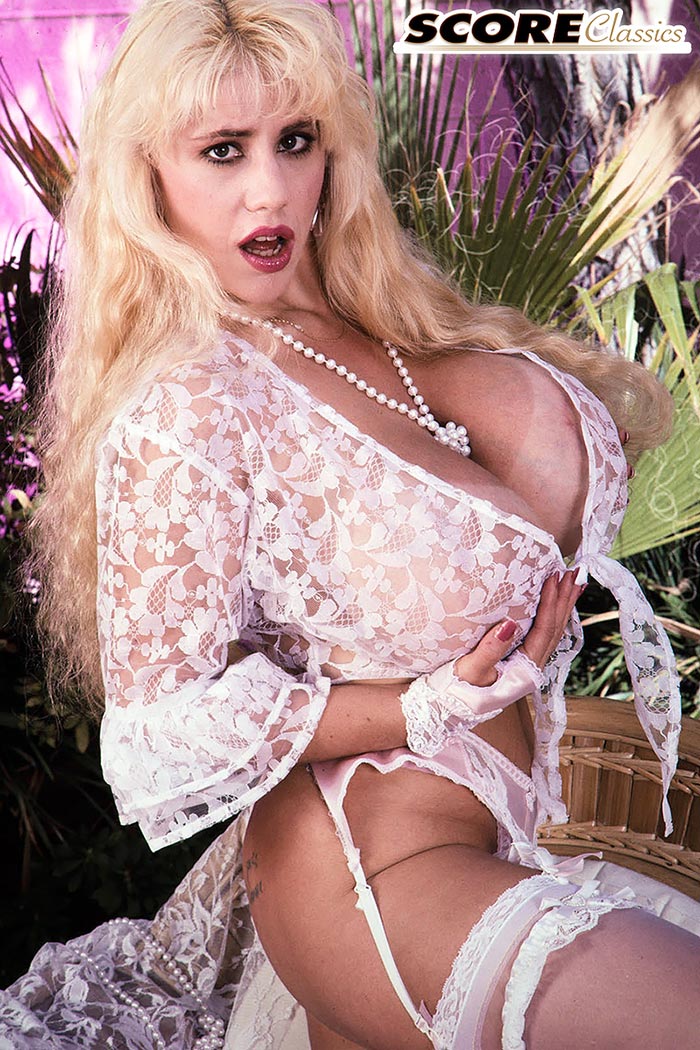 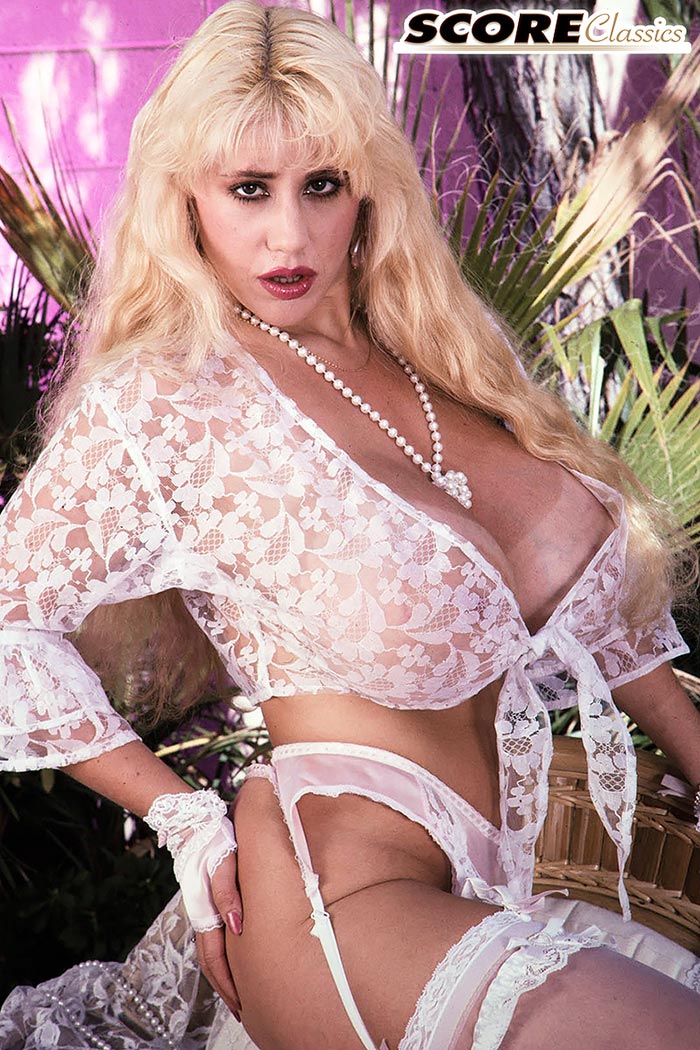 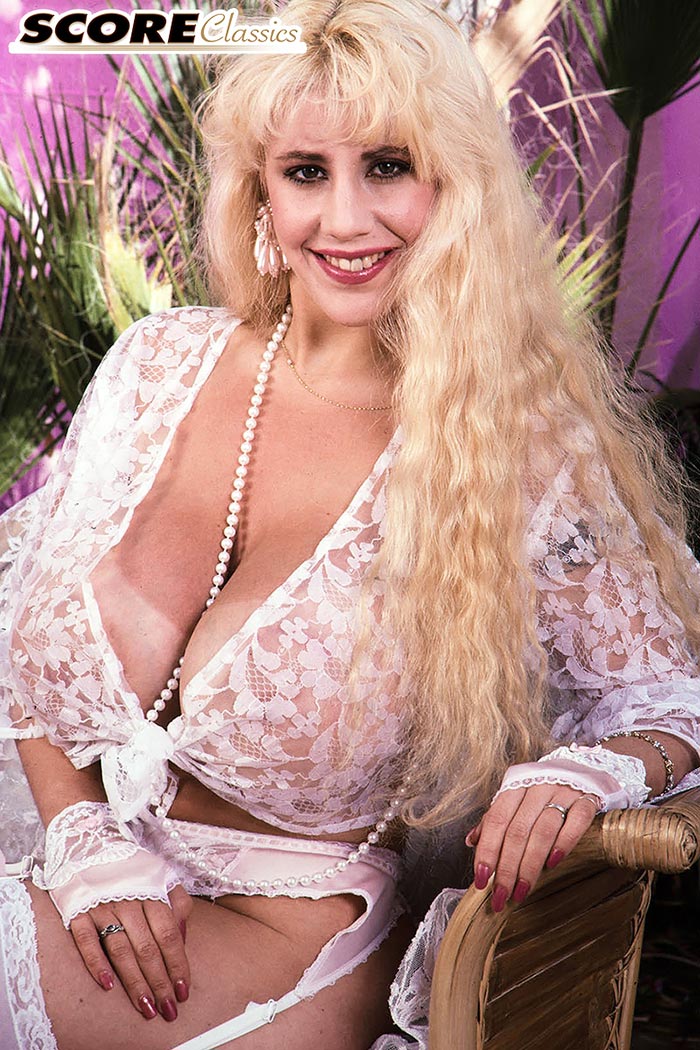 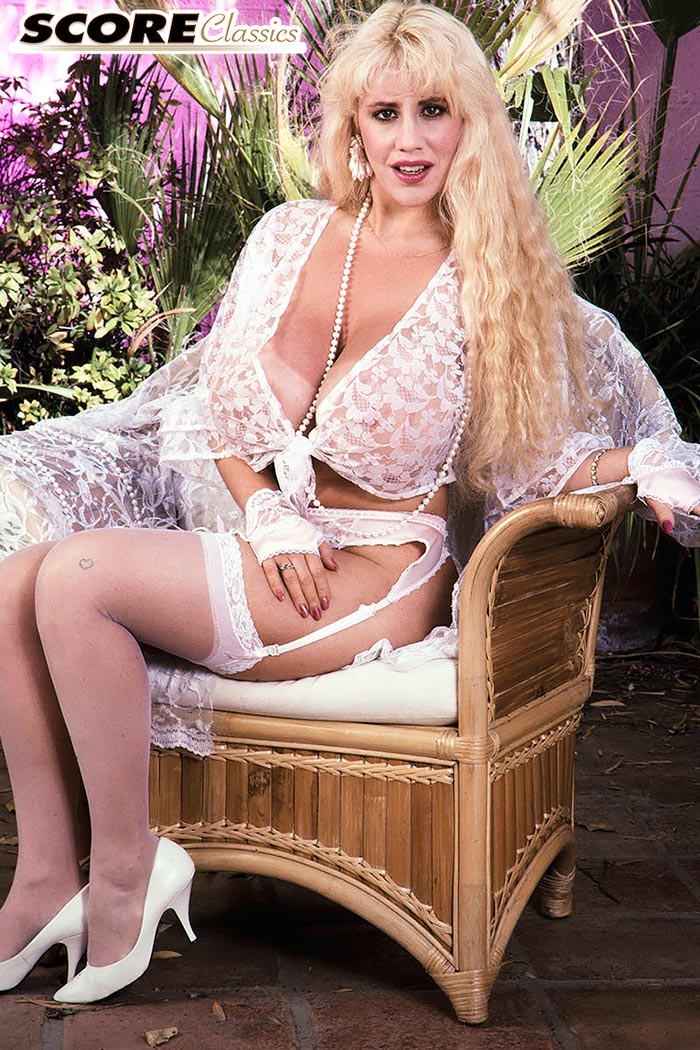 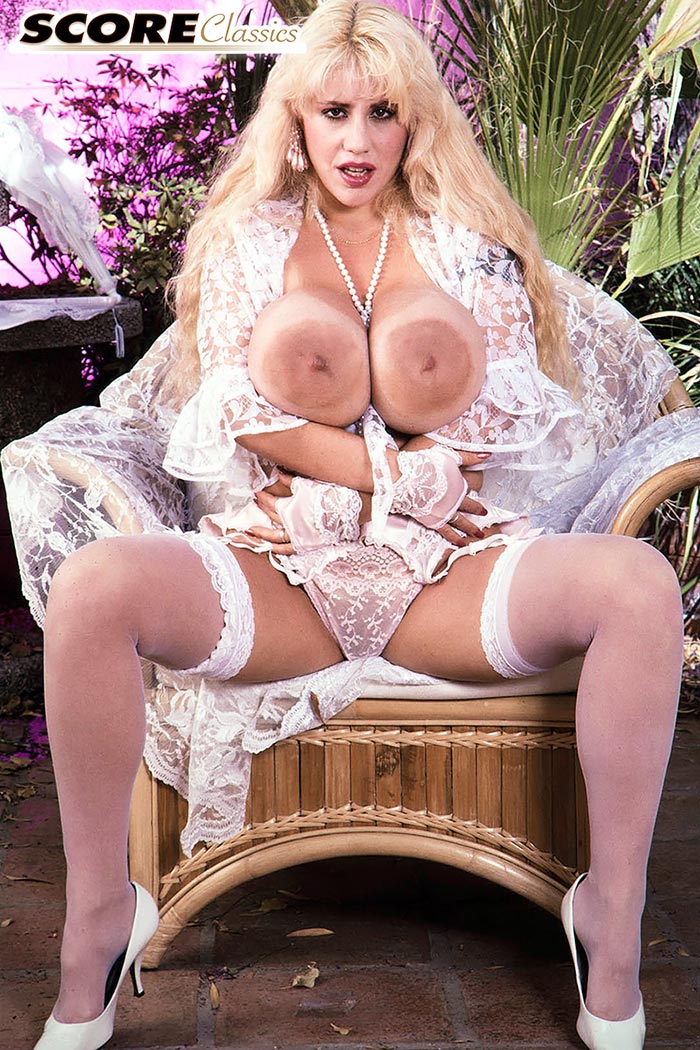 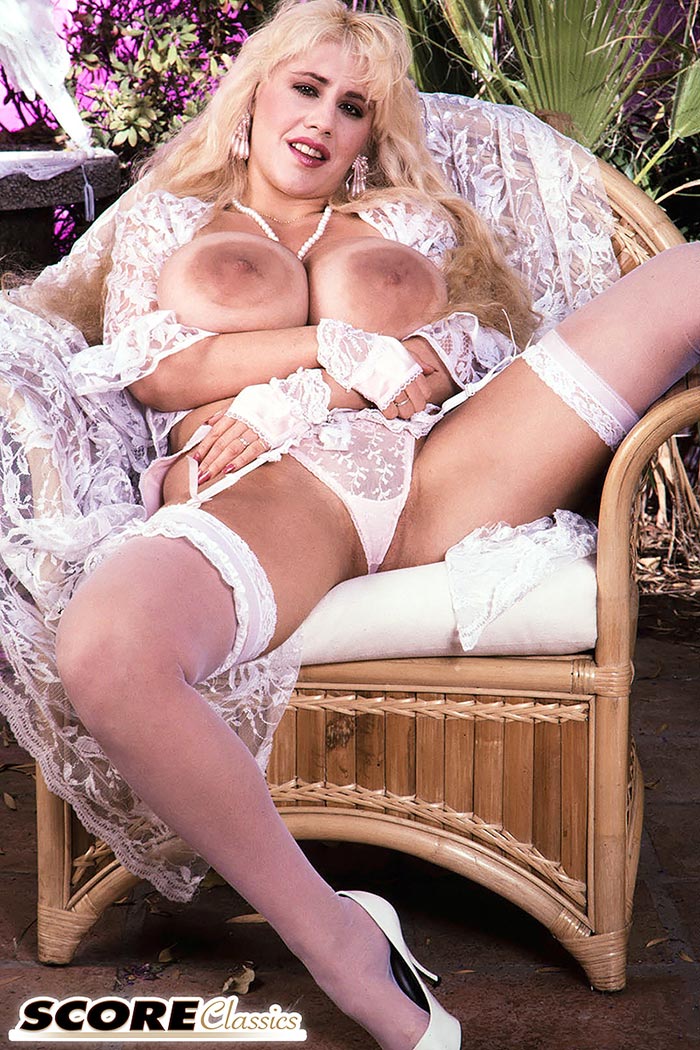 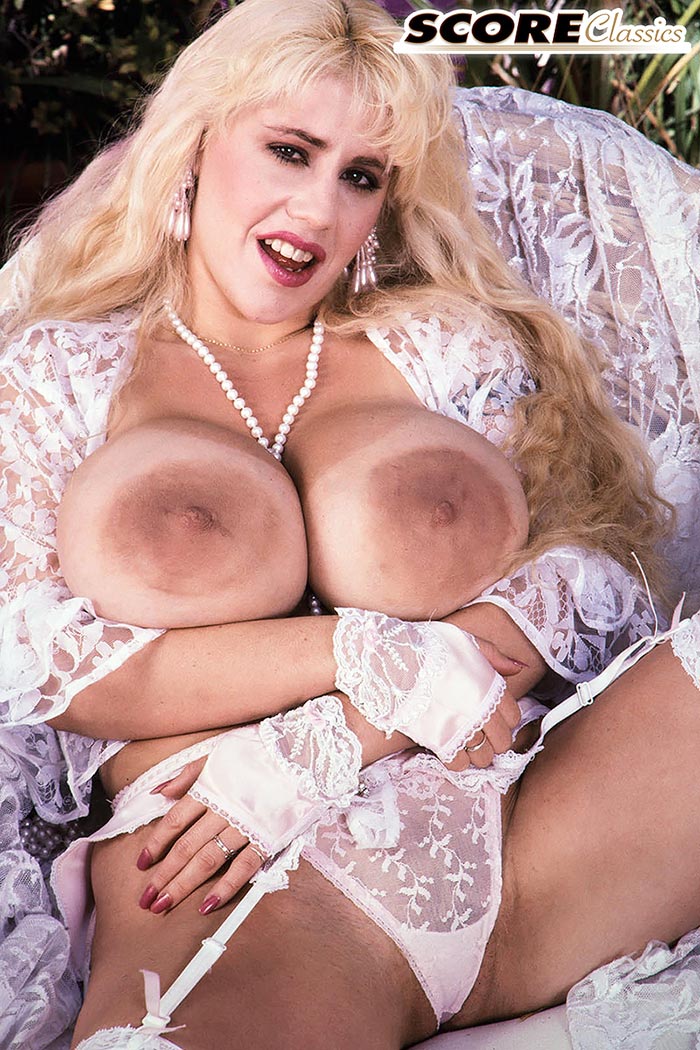 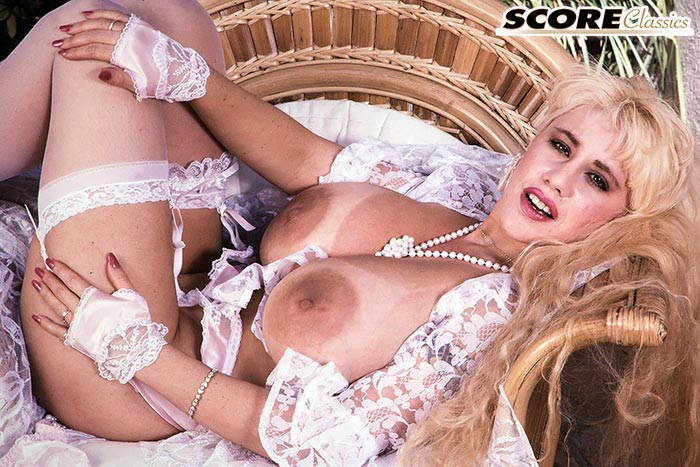 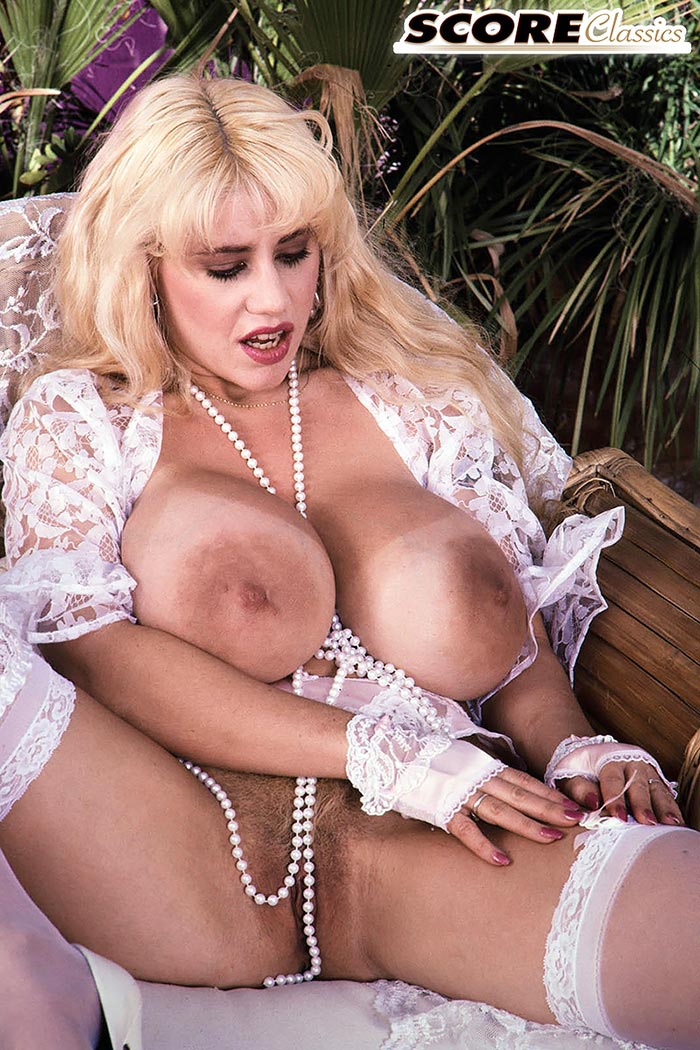 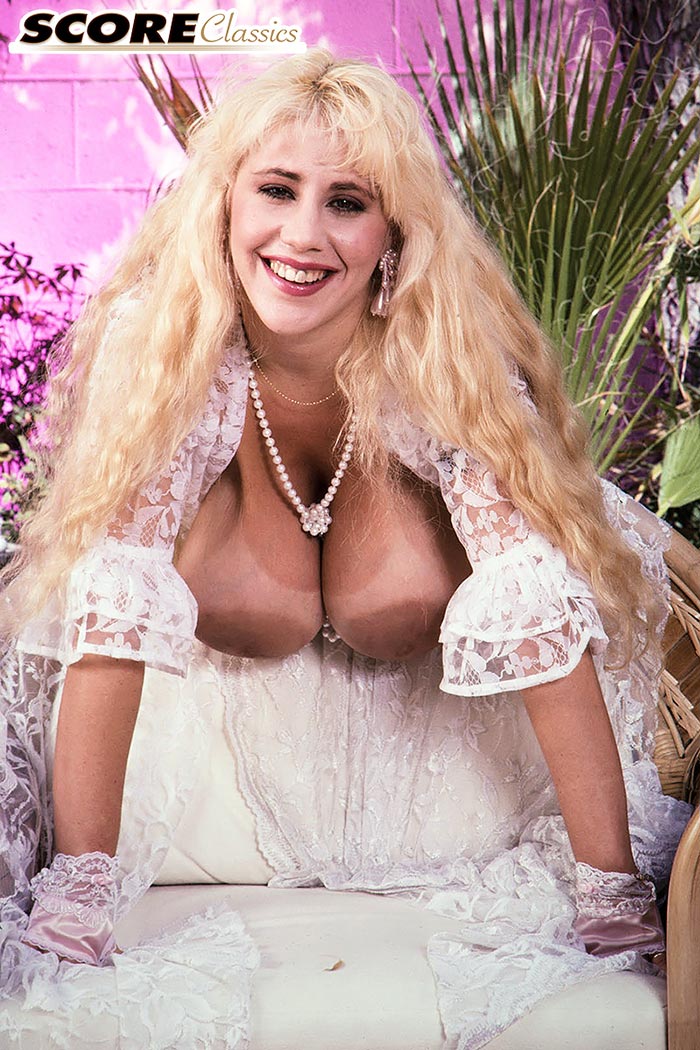 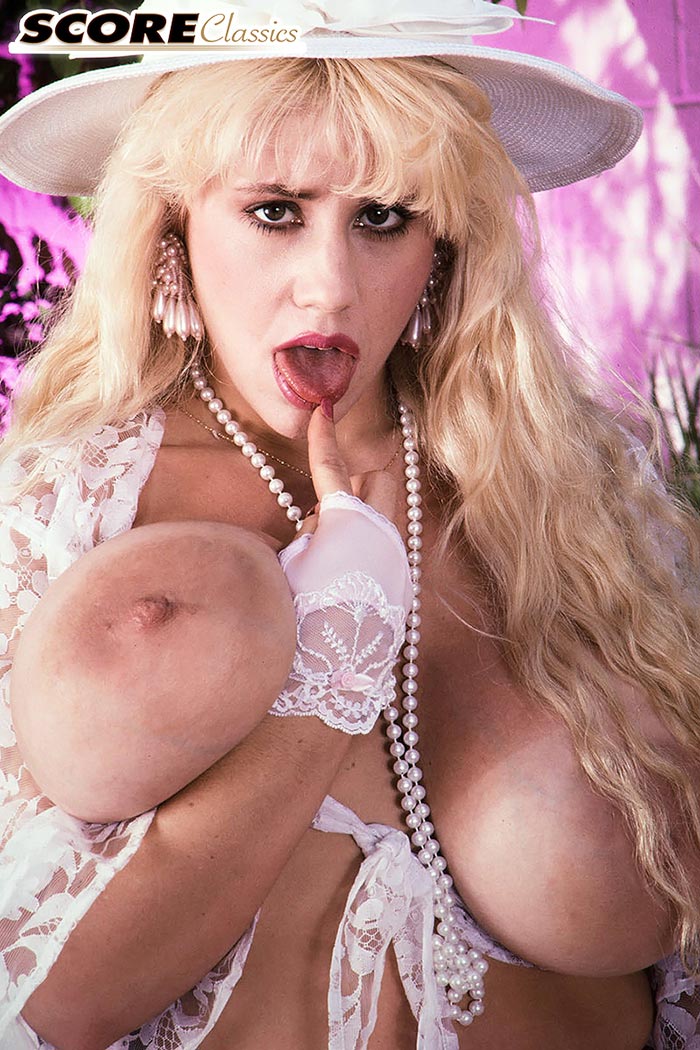 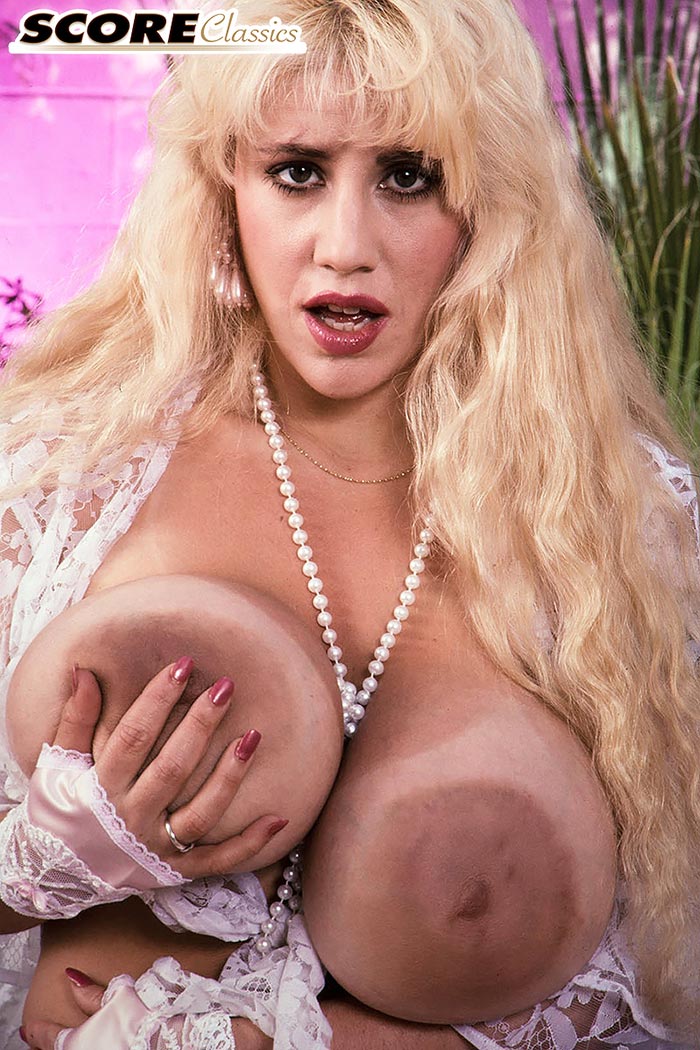 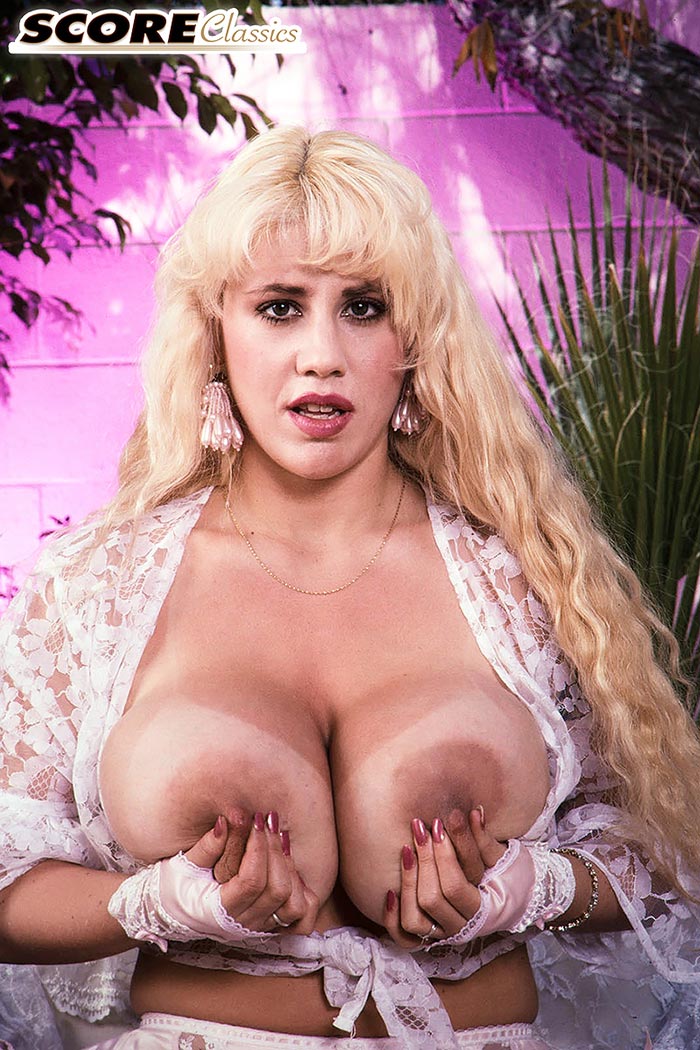 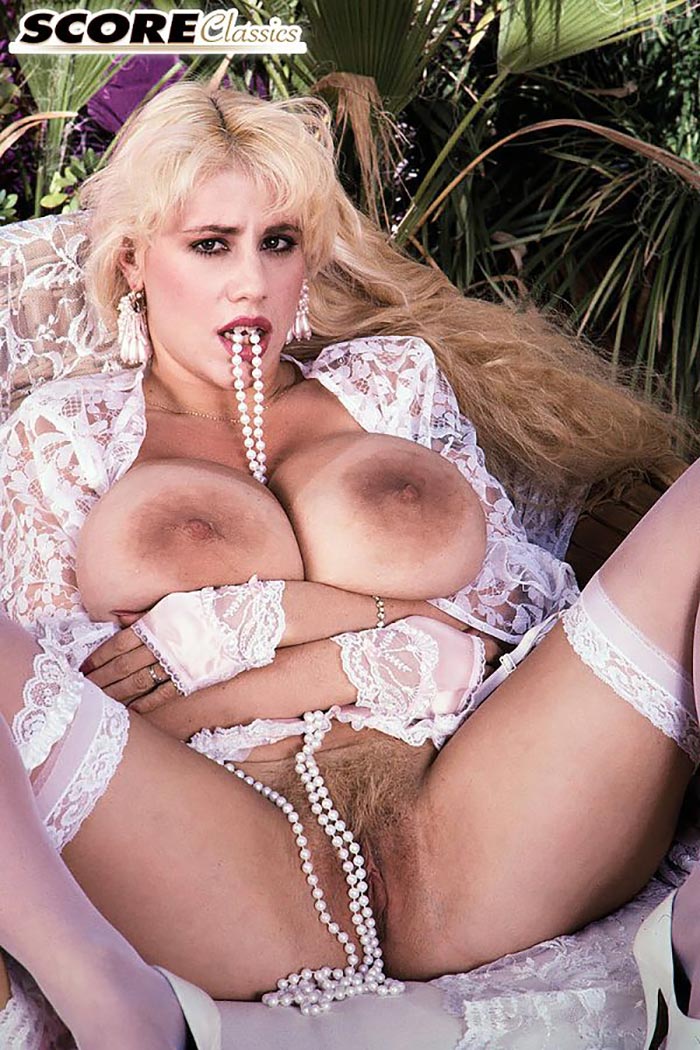