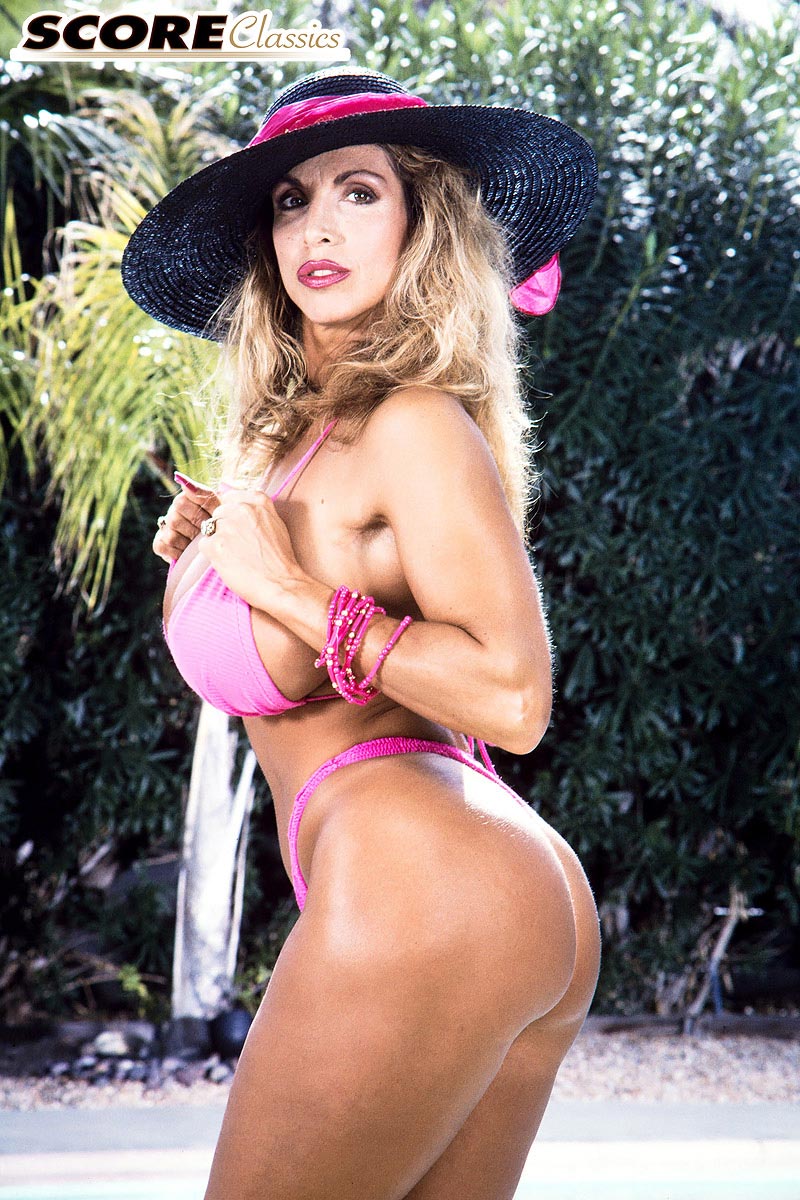 An experienced poser at fitness and muscle shows, Lacey Legends easily brought those skills to her more-erotic and explicit posing, lustily spreading her pussy lips and doing “fuck me” positions. Lacey was a secretary when she was in college. She advanced into the computer side as a systems analyst. As part of the audience at a bachelorette party in a local club in Massachusetts, she was approached by the admiring club owner about dancing. She thought about it and in 1986 became a stripper in her thirties. Lacey was married for almost 30 years. The marriage ended in divorce in the 1990s for reasons unrelated to dancing. From 1989 to 1991, she used the name Rachel De Monet. As a muscular, but not overly muscular, big-boobed stripper and model, she had a niche all to herself and attracted guys who were into that look. A feature dancer in the early 1990s, Lacey left that scene to become a personal trainer in Florida. Watch Full Scene at ScoreClassics 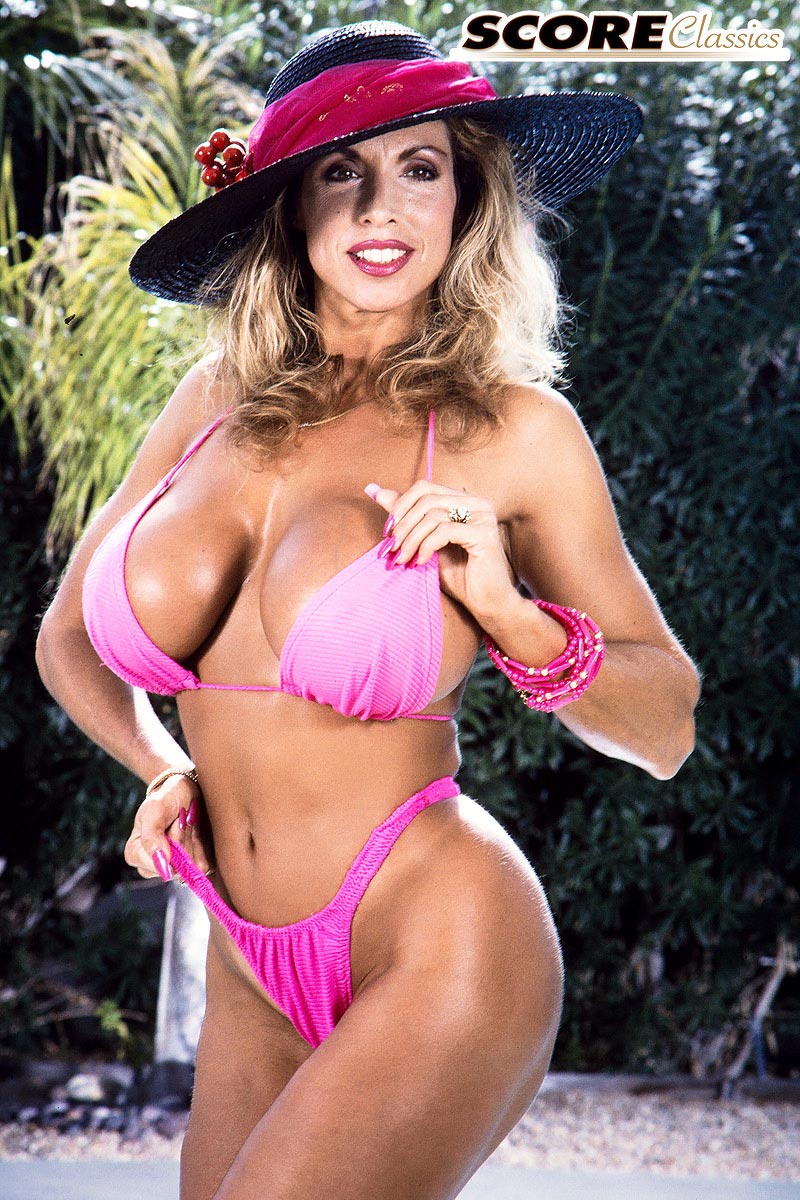 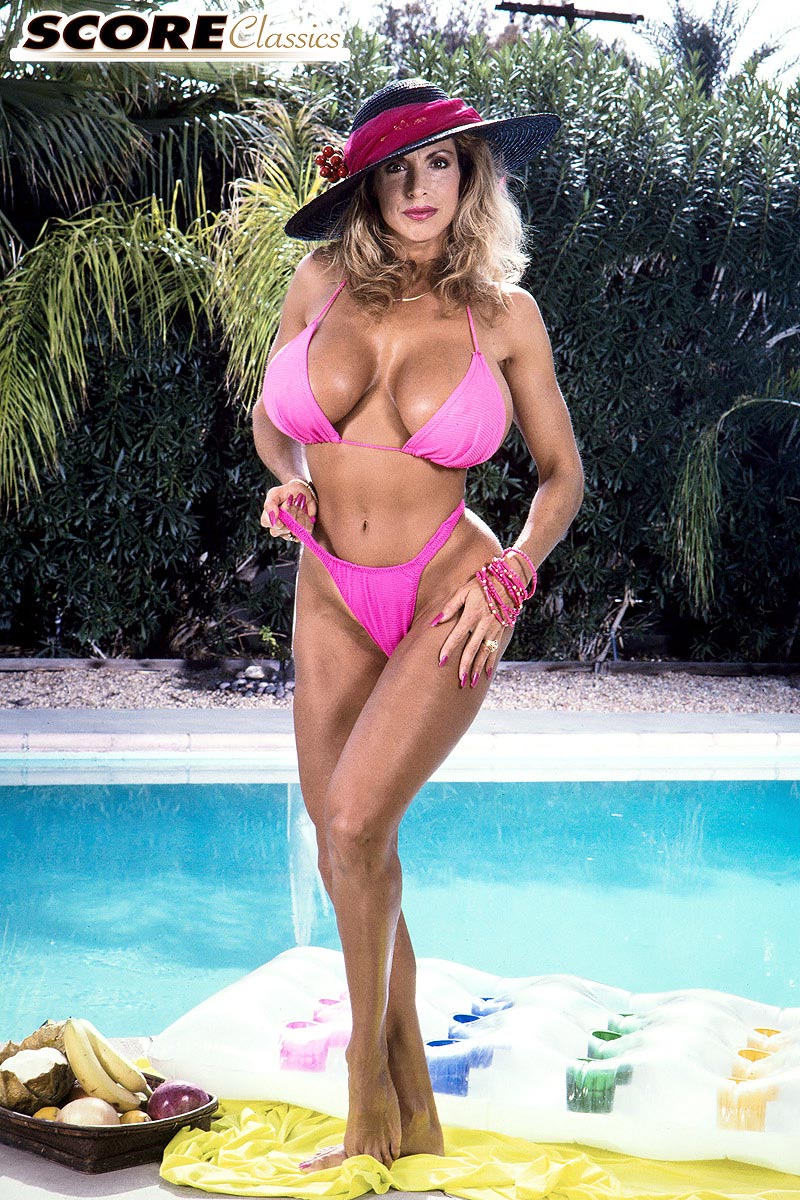 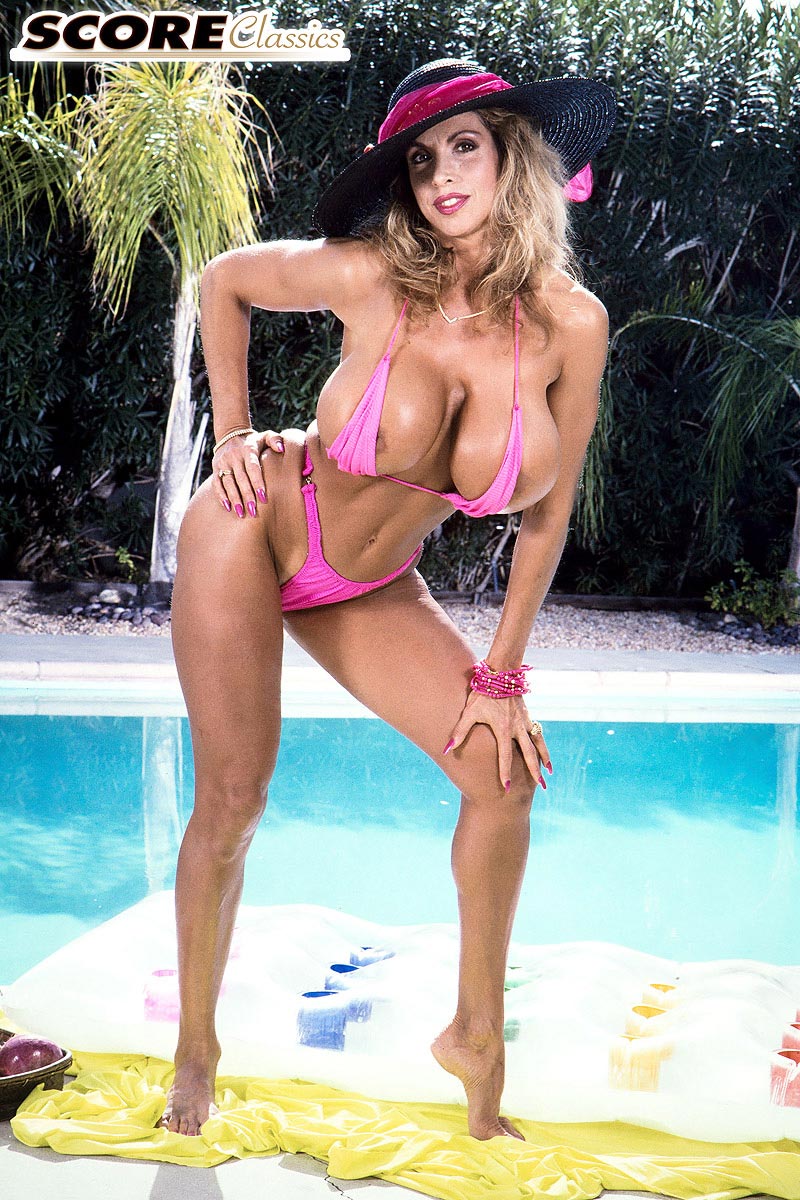 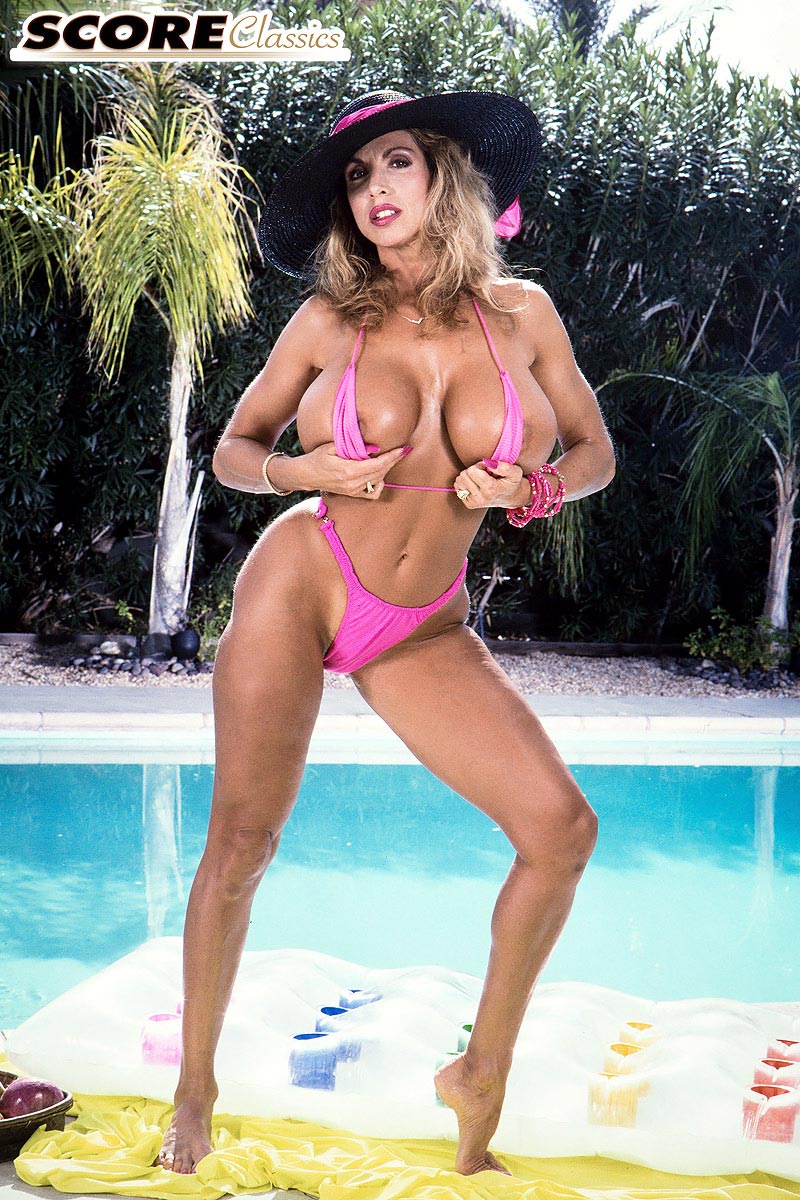 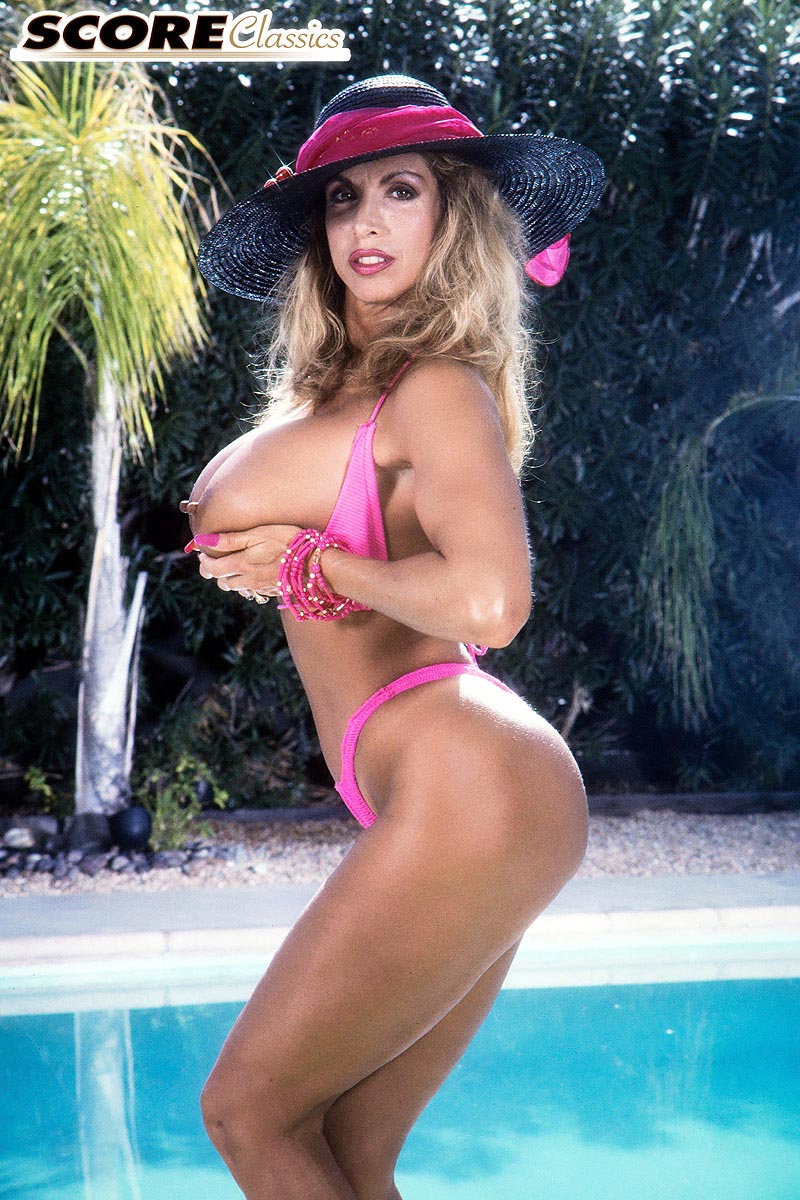 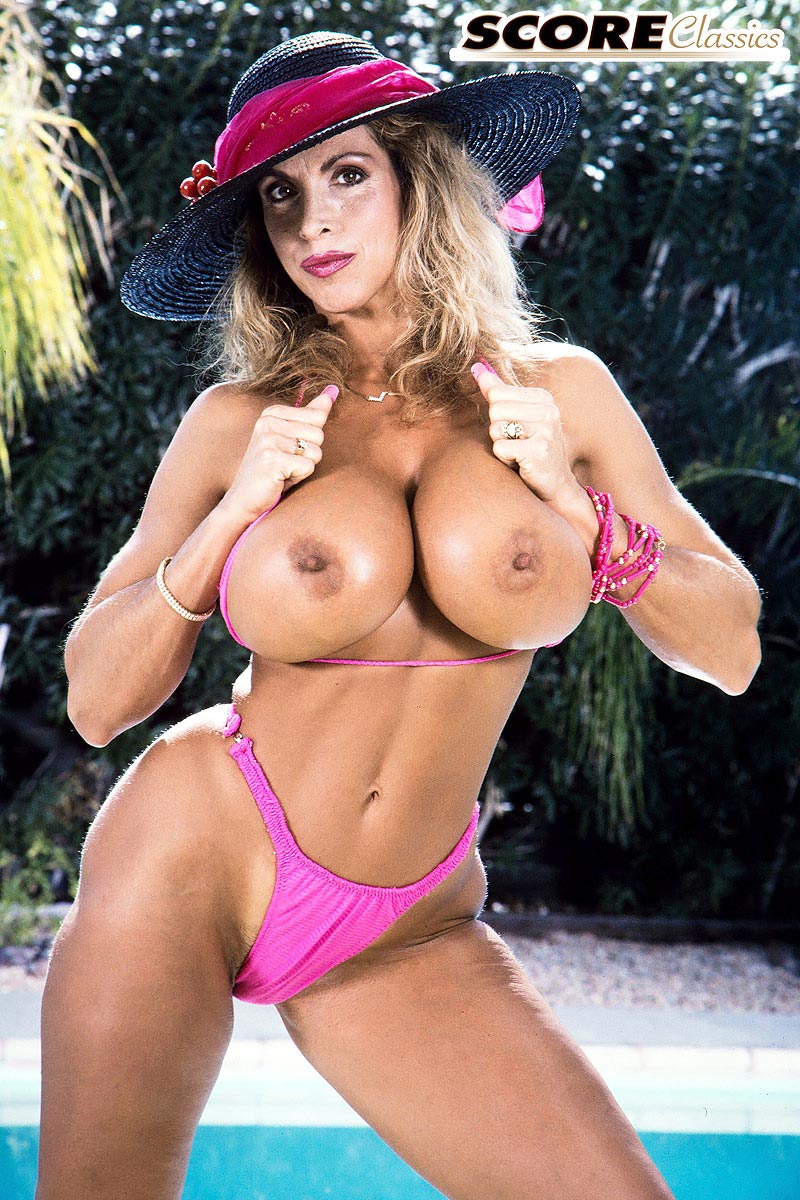 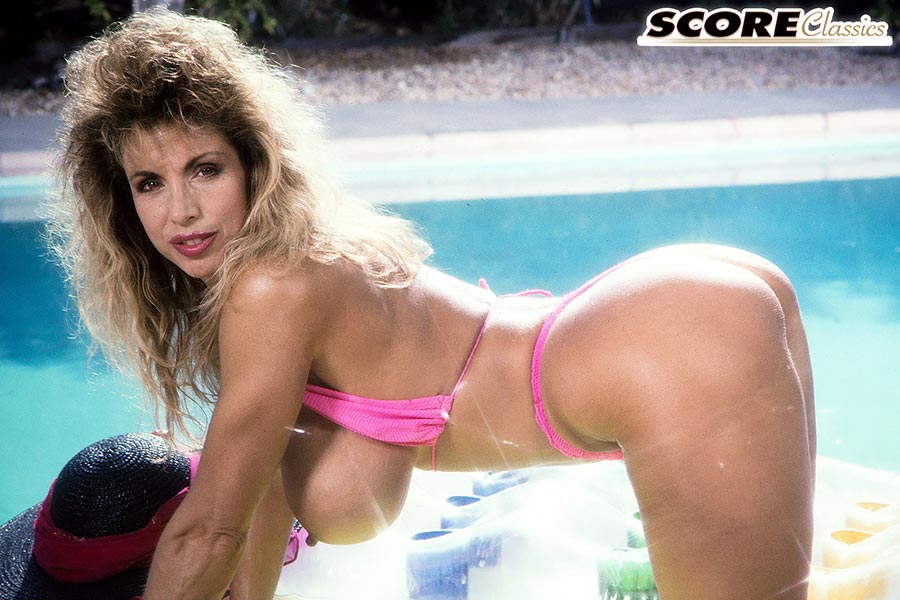 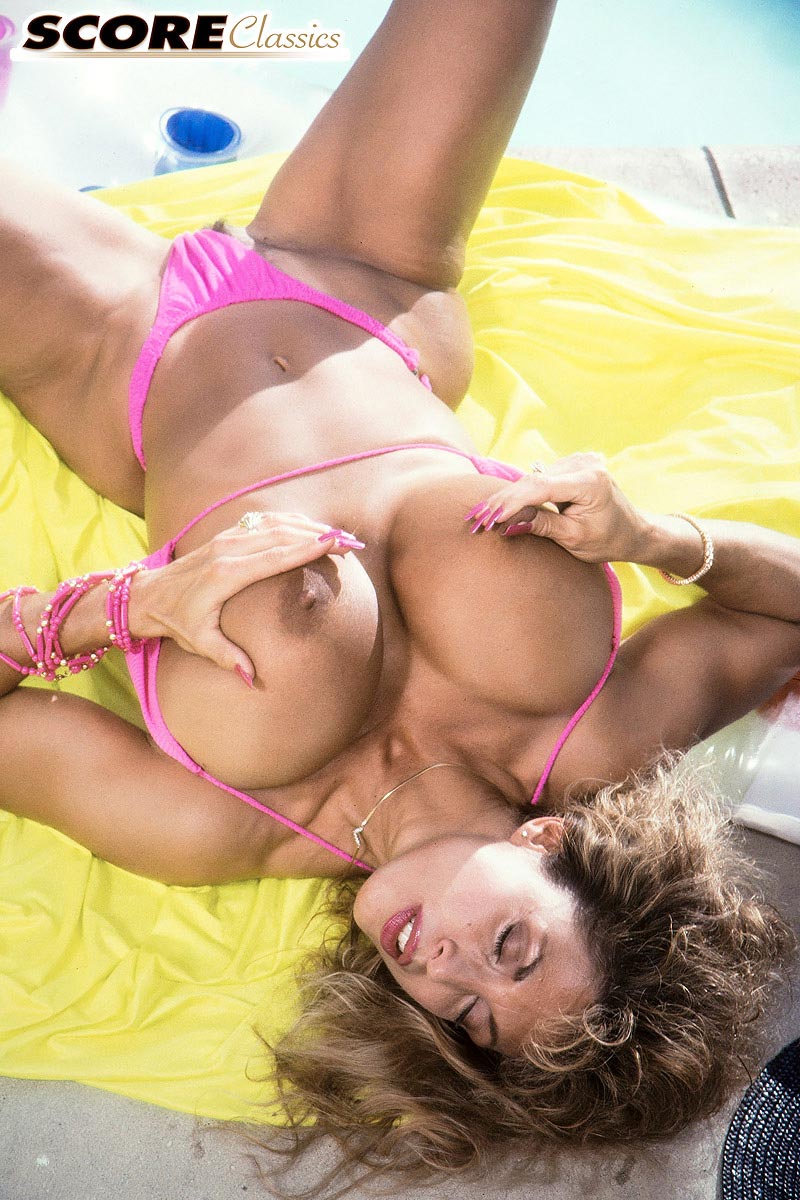 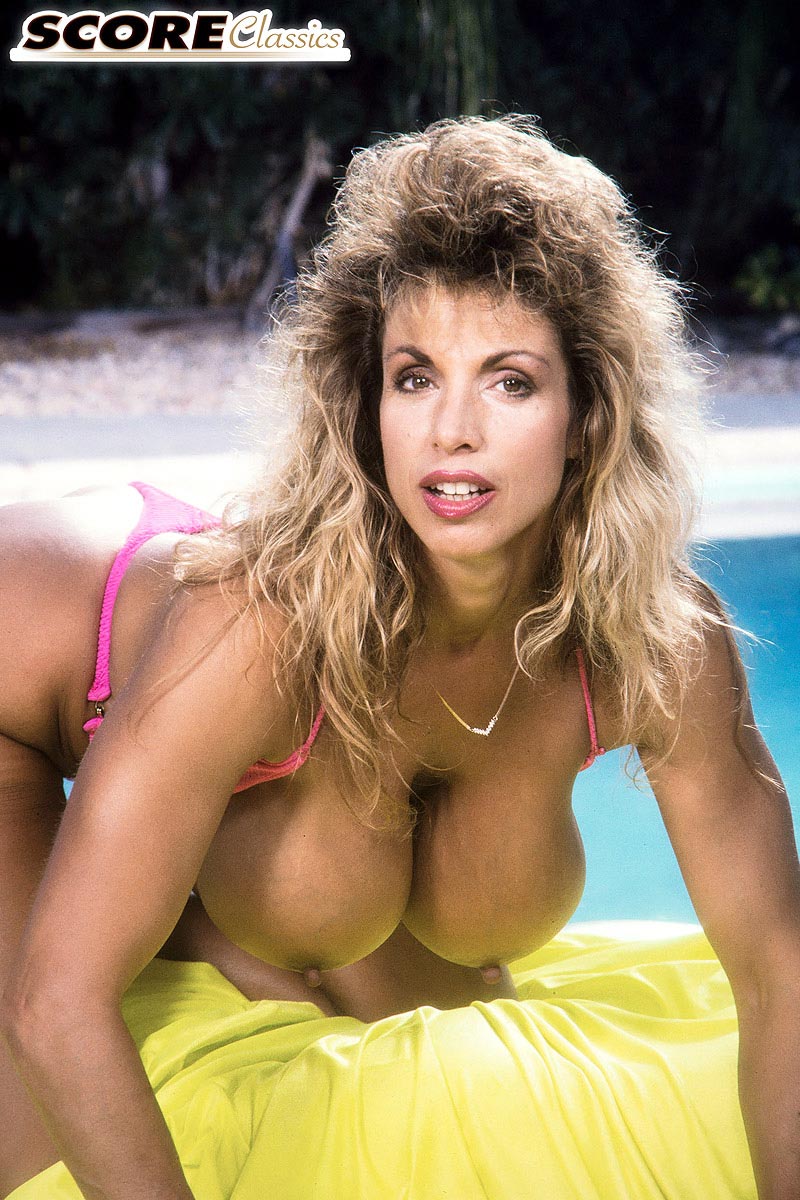 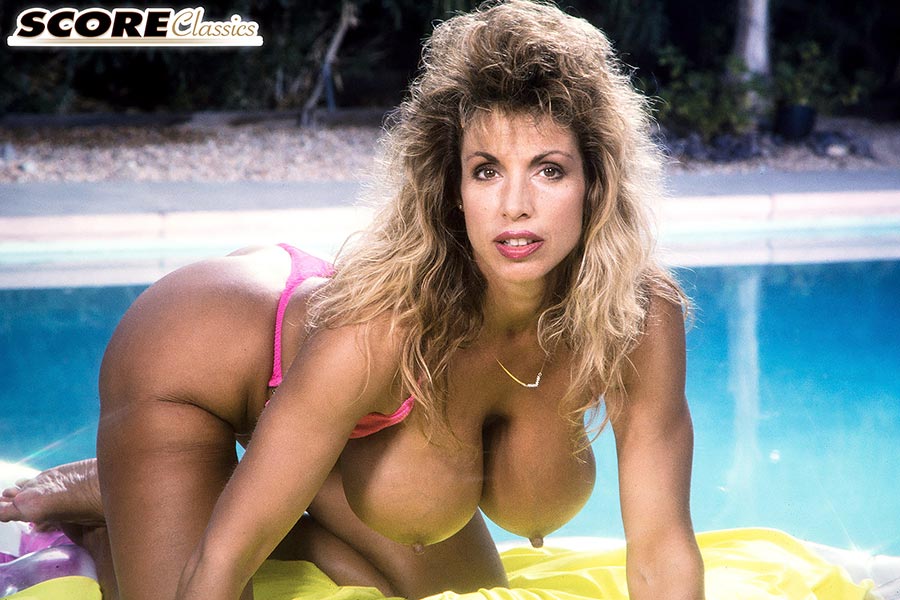 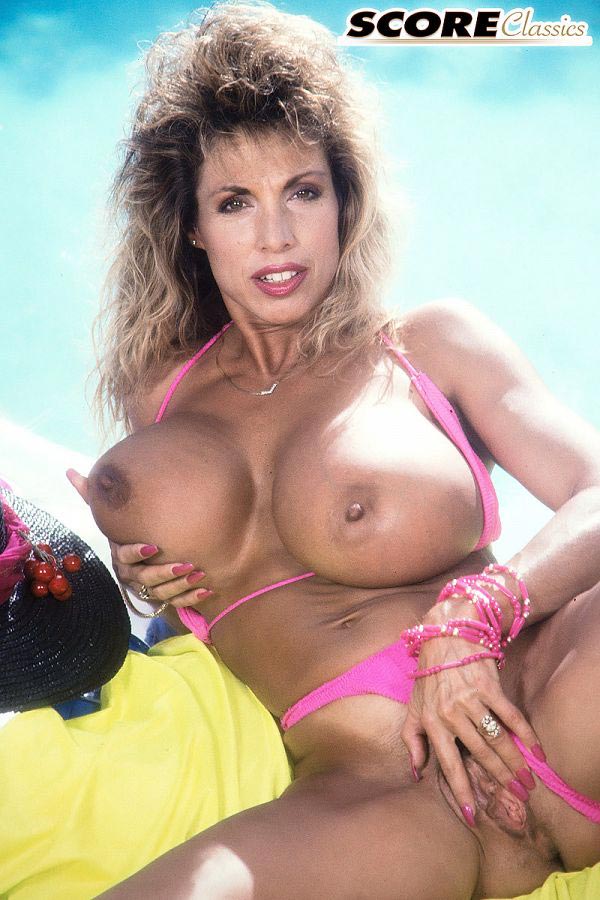